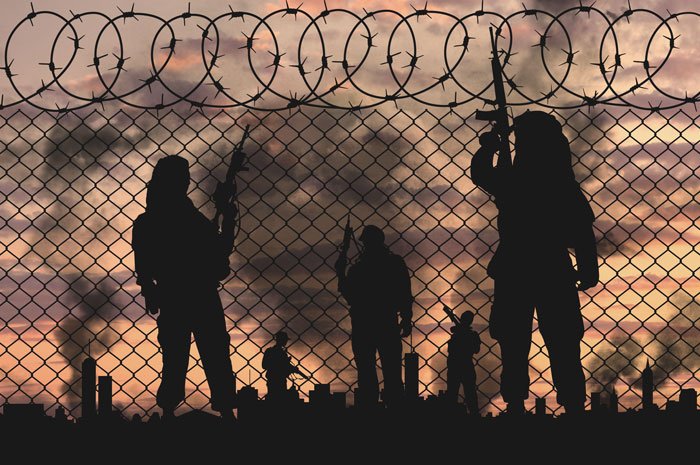 Amidst fears that the Taliban’s control of Afghanistan will create an uptick in the activities of Islamic terror groups, Europe’s policing organisation has described  2020 as “a critical moment in the evolution of the Islamic State and al-Qaeda”.

Europol has published the third edition of its annual report on Online Jihadist Propaganda which analyses the major trends and developments in online propaganda of the most prominent jihadist organisations during 2020.

Focusing on the Islamic State and al-Qaeda as well as their offshoots, the report addressed the trajectories of these groups, and how they have responded to shifting dynamics and attempted to overcome setbacks.

Prepared by the European Counter Terrorism Centre’s European Union Internet Referral Unit (EU IRU), this threat assessment is based on primary sources, including the groups’ publications, videos, and audio speeches, which have been collected by the EU IRU in 2020.

In terms of Islamic State (ISIS) its  key finding include that under new leadership, IS displays increasing insurgent activity in its traditional heartlands and continuous global reach.

A year on from IS’s military defeat, the group’s media production capabilities remain limited, marred by the loss of infrastructure and personnel. As a result, official IS propaganda continued to dwindle in 2020.

Today, the group is focused on attempting a resurgence in Iraq and expanding its international presence by further empowering its global network of affiliates. The group’s propaganda highlighted the importance of Africa to the overall IS project. In particular, the group capitalised on the military advances of affiliated local insurgencies in Africa to show it still can seize and retain territory.

The report added IS succeeded in maintaining an online presence thanks to the efforts of supporter (munasir) networks that compensated for the dwindling number of releases by official IS media.

In terms of Al Qaeda (AQ), over the course of 2020, AQ has weathered a series of major blows and lost some significant senior leaders. It continues to capitalise on current events to advance its ideological leanings, which are presented as “less extreme” in comparison with IS.

Al-Qaeda in the Arabian Peninsula (AQAP) is keen to demonstrate that it is still capable of mounting external operations, even if events seem to suggest a decline in abilities on the ground. Al-Qaeda in the Islamic Maghreb (AQIM) and JNIM have shown that they intend to engage in negotiations with local governments, following the Taliban approach.

The report warned HTS is working towards its goal of expanding and consolidating its control over Idlib. While HTS’s jihadist agenda is pursued locally, the group aspires to be recognised internationally and maintains political pretensions.

Europol’s EU IRU detects and investigates malicious content on the internet and in social media. The work of the EU IRU, which is based at Europol’s European Counter Terrorism Centre (ECTC), not only produces strategic insights into jihadist terrorism, but also provides information for use in criminal investigations.
The EU IRU comprises of a team of over 40 experts with diverse knowledge and skills, ranging from experts in religiously inspired terrorism, information and communications technology developers and law enforcement officers specialised in counter terrorism.

“The report shows that the year 2020 was a critical moment in the evolution of the Islamic State and al-Qaeda,” said a Europol spokesman. “Both these jihadist terrorist groups faced major blows and had to adapt to shifting realities to survive and stay relevant. The risk of online jihadist propaganda being translated into offline violence remains high, as propaganda from both groups continues to call for lone actor attacks by individuals who have no physical connections to either group.”