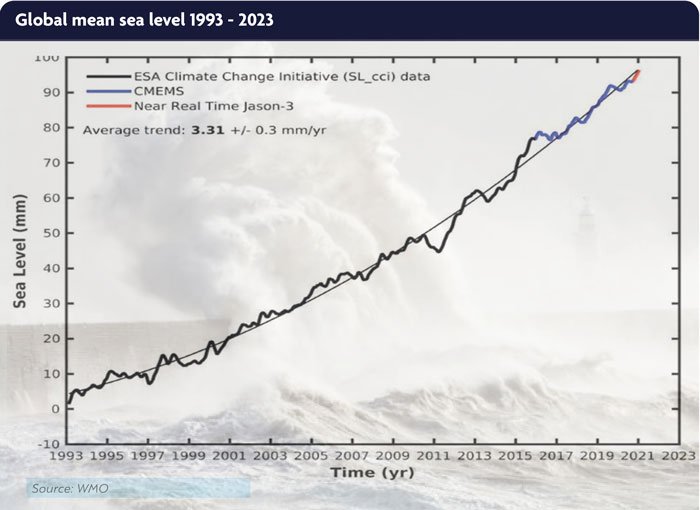 “Relentless and continuing climate change”, is set to last for decades even with governments achieving complete success in reaching the world’s current climate targets.

Extreme weather combined with COVID-19 delivered a double blow for millions of people in 2020, according to a new report compiled by the World Meteorological Organization (WMO).  However, the pandemic-related economic slowdown failed to put a brake on climate change drivers and accelerating impacts.

Current indicators
The report on the State of the Global Climate 2020 examines the current indicators of the climate system, including greenhouse gas concentrations, increasing land and ocean temperatures, sea level rise, melting ice and glacier retreat and extreme weather.

The WMO said 2020 was one of the three warmest years on record, despite a cooling La Niña event. The global average temperature was about 1.2° Celsius above the pre-industrial (1850-1900) level. The six years since 2015 have been the warmest on record. 2011-2020 was the warmest decade on record.

“It has been 28 years since the World Meteorological Organization issued the first state of the climate report in 1993, due to the concerns raised at that time about projected climate change,” said WMO Secretary-General Prof. Petteri Taalas. “While understanding of the climate system and computing power have increased since then, the basic message remains the same and we now have 28 more years of data that show significant temperature increases over land and sea as well as other changes like sea level rise, melting of sea ice and glaciers and changes in precipitation patterns.  This underscores the robustness of climate science based on the physical laws governing the behaviour of the climate system.”.

“All key climate indicators and associated impact information provided in this report highlight relentless, continuing climate change, an increasing occurrence and intensification of extreme events, and severe losses and damage, affecting people, societies and economies,” he added. “The negative trend in climate will continue for the coming decades independent of our success in mitigation. It is therefore important to invest in adaptation. One of the most powerful ways to adapt is to invest in early warning services and weather observing networks. Several less developed countries have major gaps in their observing systems and are lacking state of the art weather, climate and water services.”

Virtual Leaders Summit
The launch of the report comes ahead of the 22-23 April virtual Leaders’ Summit on Climate, convened by the United States of America. President Biden is seeking to galvanise efforts by the major economies to reduce greenhouse gas emissions and meet the targets of the Paris Agreement on Climate Change to keep temperature increase to well below 2°C above pre-industrial levels by the end of the century, and to 1.5°C if possible.

“This report shows that we have no time to waste.  The climate is changing, and the impacts are already too costly for people and the planet.  This is the year for action.  Countries need to commit to net zero emissions by 2050.  They need to submit, well ahead of COP26 in Glasgow, ambitious national climate plans that will collectively cut global emissions by 45 per cent compared to 2010 levels by 2030.  And they need to act now to protect people against the disastrous effects of climate change,” said UN Secretary-General António Guterres.

“In 2020, COVID-19 added a new and unwelcome dimension to weather, climate and water-related hazards, with wide-ranging combined impacts on human health and well-being,” added the report. “Mobility restrictions, economic downturns and disruptions to the agricultural sector exacerbated the effects of extreme weather and climate events along the entire food supply chain, elevating levels of food insecurity and slowing the delivery of humanitarian assistance. The pandemic also disrupted weather observations and complicated disaster risk reduction efforts.”

Since the mid-1980s, Arctic surface air temperatures have warmed at least twice as fast as the global average, added the report. This has potentially large implications not only for Arctic ecosystems, but also for the global climate through various feedbacks such as thawing permafrost releasing methane into the atmosphere.

The 2020 Arctic sea-ice extent minimum after the summer melt was 3.74 million km2, marking only the second time on record that it shrank to less than 4 million km2.  Record low sea-ice extents were observed in the months of July and October. Record high temperatures north of the Arctic Circle in Siberia triggered an acceleration of sea-ice melt in the East Siberian and Laptev Seas, which saw a prolonged marine heatwave. The sea-ice retreat during the summer 2020 in the Laptev Sea was the earliest observed in the satellite era.

The report warned after decades of decline, the increase in food insecurity since 2014 is being driven by conflict and economic slowdown as well as climate variability and extreme weather events.

Food insecurity
Nearly 690 million people, or 9% of the world population, were undernourished, and about 750 million, or nearly 10%, were exposed to severe levels of food insecurity in 2019. Between 2008 and 2018, the impacts of disasters cost the agricultural sectors of developing country economies over $108 billion in damaged or lost crop and livestock production. The number of people classified under crisis, emergency and famine conditions had increased to almost 135 million people across 55 countries in 2019, according to FAO and WFP.

“The effects of the COVID-19 pandemic crippled agriculture and food systems, inverting development trajectories and stunting economic growth,” explained the report. “In 2020, the pandemic directly affected food supply and demand, with disruptions in the local, national and global supply chains, compromising access to farm inputs, resources and services needed to sustain agricultural productivity and ensure food security. As a result of the movement restrictions compounded by climate related disasters, significant challenges were posed for managing food insecurity worldwide.” 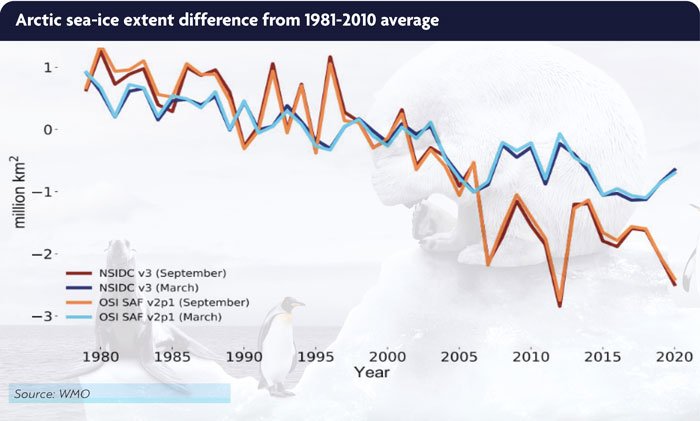 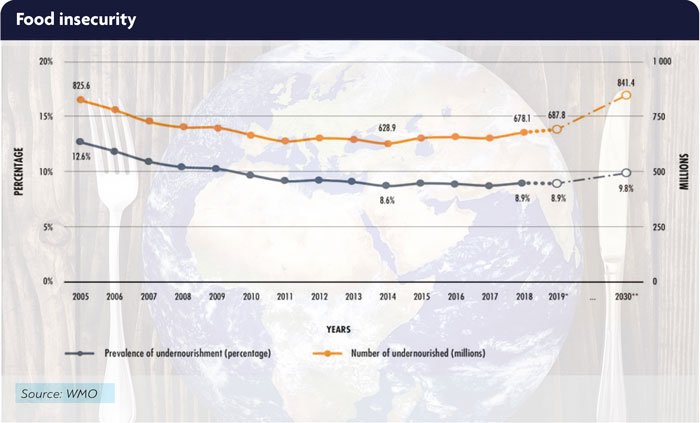 The WMO said 2020 was one of the three warmest years on record, despite a cooling La Niña event. The global average temperature was about 1.2° Celsius above the pre-industrial (1850-1900) level.