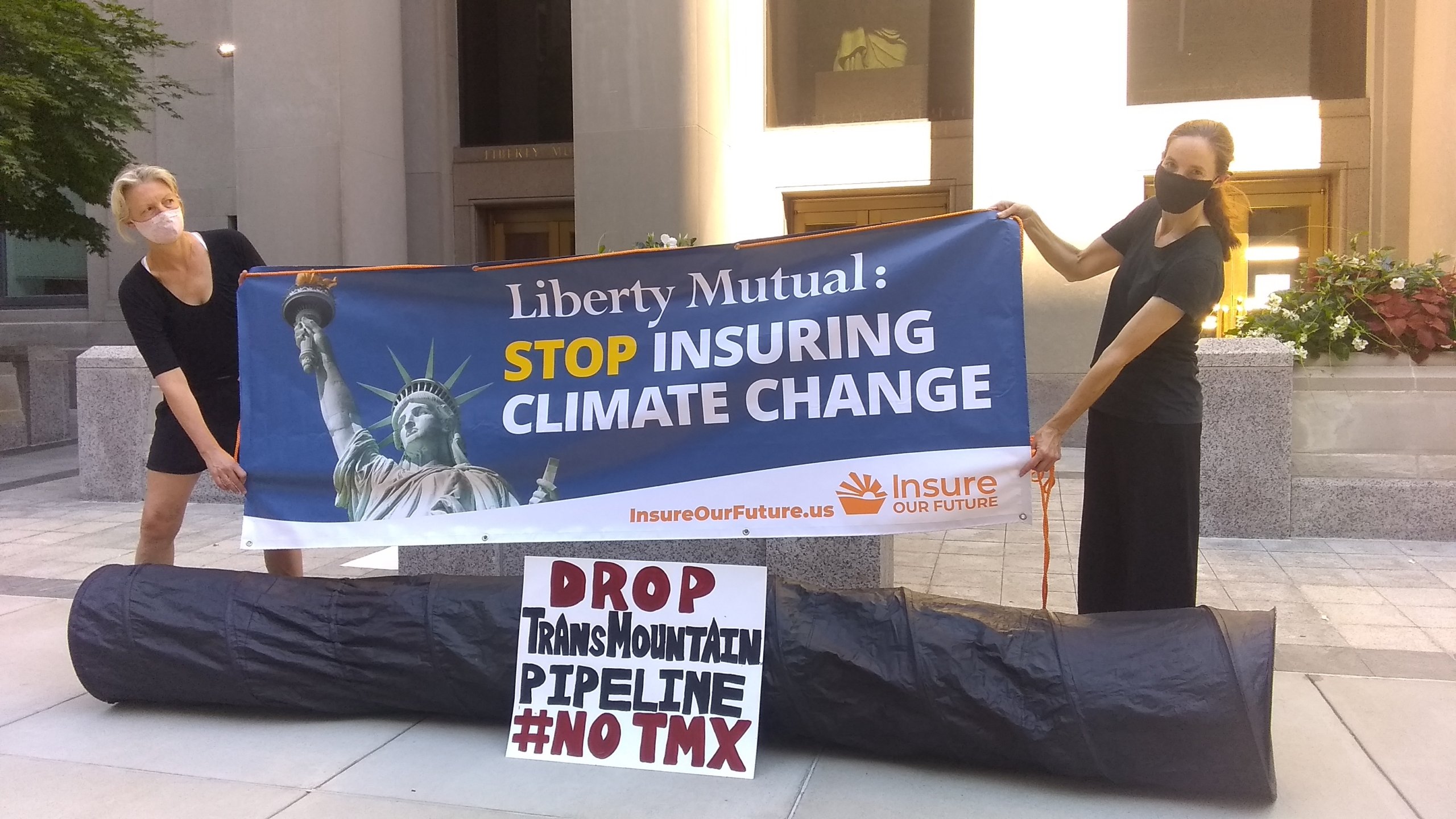 Pressure on the insurance industry to withdraw support for a controversial pipeline project intensified today when organisations representing more than 24 million members sent an open letter calling for action.

The letter to some of the world’s major insurers appealed for the industry to cease cover for the Canadian Trans Mountain tar sands pipeline, urging them to drop the project due to concerns around climate change, Indigenous rights, environmental racism, and water pollution.

The letter, signed by more than 140 nonprofits, First Nations, Indigenous leaders, physicians associations, and grassroots activists, states: “Insuring tar sands pipelines demonstrates that your company is choosing corporate greed over people, and it will pose significant reputational risks to your business. We urge you to rule out insuring Trans Mountain and exit the tar sands sector entirely.”

The letter describes the existing 70-year old Trans Mountain pipeline as a major environmental and public health hazard with a long history of disastrous spills. The Trans Mountain Expansion Project, which has been delayed in the face of powerful Indigenous-led resistance for years, is estimated to increase pipeline capacity by 890,000 barrels of oil annually.

Protestors say insurance coverage for the existing Trans Mountain pipeline currently totals more than US$500 million, but it is set to expire at the end of the month. The letter has been addressed to the insurers and markets the group believe are set to renew their coverage: AIG, Chubb, Energy Insurance Limited, Liberty Mutual, Lloyd’s, Munich Re, Starr, Stewart Specialty Risk Underwriting, and W.R. Berkley.

Three weeks ago, it was reported that Zurich, Trans Mountain’s lead insurer, would not be renewing its policy. Earlier in the summer, German insurer Talanx also stated that it will drop the project in light of a recently adopted policy on oil sands. Fellow German insurer Munich Re has signaled the same.

“Over 100,000 SumOfUs members called on insurance companies like Zurich, Talanx, and Munich Re — and are pleased that the companies have stopped underwriting destructive projects like the Trans Mountain pipeline. In addition, thousands of our members have written to Swiss based-Chubb CEO and executives in German, French and English to join its competitors and not renew its insurance on Trans Mountain. Chubb was an industry leader as one of the first insurance companies to stop working with coal, and we are hopeful that it will do the right thing with dirty tar sands pipelines as well,” said Angus Wong, Canadian Team Leader at SumOfUs.org.

“Lloyd’s of London [through its syndicates] is Trans Mountain’s biggest remaining insurer. Lloyd’s actions do not match its rhetoric on climate change, and its underwriting policies certainly do not match climate science. Lloyd’s CEO John Neal can no longer justify supporting and enabling such a catastrophically climate-wrecking project to continue by providing it insurance cover,” said Lindsay Keenan, European Co-ordinator of the Insure Our Future campaign.

“The world is changing, the financial sector is beginning to act on climate change and projects that drive it. Recently we have seen Deutsche Bank announce they will no longer invest in the oil sands and Zurich Insurance cut its ties to Trans Mountain. Now it is time for companies like Liberty Mutual and Chubb to catch up to their peers by adopting strong climate policies that rule out the dirtiest forms of fossil fuels and the projects that support them, starting with this pipeline” said Sven Biggs, Canadian Oil and Gas Program Director for Stand.earth.

“Zurich, Talanx, and Munich Re have recognized the toxic risks of this pipeline and the entire tar sands sector. We’re watching Liberty Mutual, Chubb, and the remaining insurers of the pipeline closely to see if they will continue to trample on Indigenous rights, fuel climate chaos, and pollute communities and ecosystems,” said Elana Sulakshana, Energy Finance Campaigner at Rainforest Action Network.