A week in which appeal will be questioned

They say timing is everything; This week the UK corporate risk manager’s association Airmic has held its virtual conference which has discussed a range of issues facing its members.

The pandemic was described as the crisis that keeps on giving as the world lurches towards lockdowns amid a second wave. There were concerns over the triple digit percentage rate increases in some classes and the need for some justification for those increases.

Business interruption concerns were discussed against a background of a growing belief that insurers are set to lodge appeals next week against parts of the High Court ruling in the test case over BI wordings and clauses brought by UK regulator the Financial Conduct Authority (FCA).

Speaking on panel during the event Lloyd’s CEO john Neal (pic below) said he thought it likely there would be appeals and it is believed that QBE is the first to intimate they are set to lodge an appeal, although they maybe be one of many.

Meanwhile members of the hospitality industry have also launched a campaign for 50% of the money they believe they are owed now that their claims have been ruled valid to be paid immediately as they struggle to keep their businesses operating. What impact an appeal will have on such payments will not become known until the legal teams for both sides meet at the High Court on 2 October when any appeals will be lodged.

The FCA has also brought in new rules aimed at halting the practice of loading renewal premiums to enable underwriters to discount prices for new policyholders. While the new rules are set to take two years to come into force the media has been quick to pick up the issue.

Writing in today’s Daily Mail, columnist Tom Utley was unflinching in his condemnation of the industry.

“There are pickpockets, petty thieves and wide-boy conmen. Then there are bank robbers, serial fraudsters and international money launderers.

“Finally, at the very bottom of this hellish pit of iniquity, you’ll find the country’s big‑name insurance companies.

“How they must gloat as they exploit reputations for integrity, built up decades ago when you could still find honest folk in the City, to rake in literally billions of pounds from unsuspecting souls foolish enough to trust them.”

The industry is facing a public relations crisis as all the old cliches about how insurers are quick to take policyholders’ premium payments but steadfastly refuse to pay claims are being played out once again.

It is estimated that some 70 insurers will be impacted by the High Court ruling on the FCA case but the impact of any appeals likely will be felt by all.

Lloyd’s has long taken pride in its claim that it is the most trusted insurance brand in the world. As a journalist new to the industry, far too many years ago, Wise Guy asked a member of the Lloyd’s press office how this came to be.

He said it went back to the San Francisco earthquake in 1906 when Lloyd’s underwriter Cuthbert Heath sent a telegram to his agents in California simply saying, “Pay all of our policyholders in full, irrespective of the terms of their policies.” Lloyd’s also boasts it has never failed to pay a valid claim.

Shift 114 years and ask how the industry’s response will be remembered when the pandemic is mentioned in the decades to come? 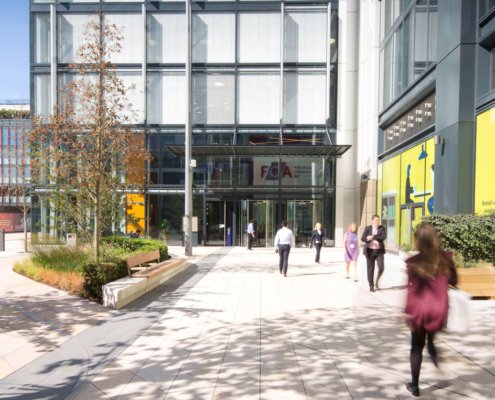 insurers could be set to lodge appeals next week against parts of the High Court ruling in the test case over BI wordings and clauses brought by UK regulator the Financial Conduct Authority (FCA).