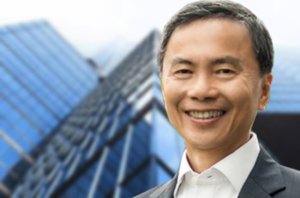 Catalina Holdings (Catalina), has announced it has formally completed the acquisition of Asia Capital Reinsurance Group (ACR) and appointed a new CEO.

The legacy reinsurance company revealed it has received approval from the Monetary Authority of Singapore (MAS) and Bank Negara Malaysia (BNM), and the official change of control took place yesterday.

The acquisition is Catalina’s first in Asia and the firm described it as a strategic move to increase exposure to the significant run-off market across the continent. ACR ceased writing new business on 5 December 2019 and all existing policies in force will be serviced until expiry.

As part of the leadership transition at ACR following the acquisition, Bobby Heerasing stepped down as ACR’s Chief Executive and Executive Director yesterday. Both positions will be assumed by Martin Kauer, formerly the Chief Executive Officer and Chief Financial Officer of Glacier Reinsurance, Catalina’s Switzerland-based reinsurance run-off company.

Pro forma for the acquisition of ACR, Catalina has total assets of US$7.2 billion.

Commenting on the close of the deal, Chris Fagan, Chairman and Chief Executive, Catalina Holdings said: “This is a significant transaction for Catalina, as it gives us a strong platform from which to grow our Asian business and increase exposure to a significant and growing run off market. I am pleased with the integration of ACR to date and look forward to executing similar Asia-based transactions in due course.”

Hsieh Fu Hua, (pic) Chairman of ACR added: “I am very pleased with the speed and efficiency with which this transaction has been handled and would like to extend my appreciation to the former ACR management team, led by Bobby, for its significant contributions as well as professionalism during this ownership transition period. I look forward to working with my new colleagues at Catalina in Asia.”