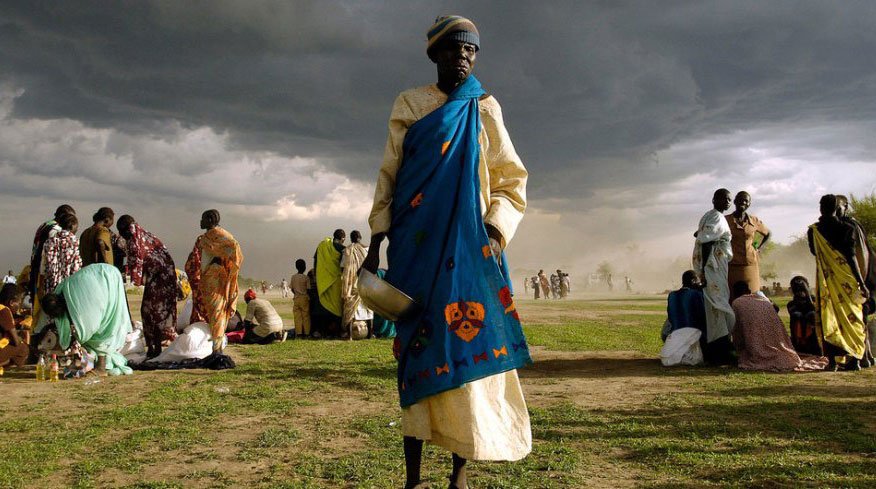 African vulnerability to climate change threatens the lives of millions

There are calls for a $500 billion investment in climate adaptation in sub Saharan Africa amid fears that unless action is taken climate change will threaten the lives of over 118 million people.

A new detailed report “The State of the Climate in Africa 2020” report highlights what is called “the continent’s disproportionate vulnerability” but also revealed how investing in climate adaptation, early warning systems, and weather and climate services, can pay off.

The report is a collaboration between WMO, the African Union Commission, the Economic Commission for Africa (ECA) through the Africa Climate Policy Centre (ACPC), UN agencies, and international and regional scientific organizations.

It was issued during the extraordinary session of the WMO Congress currently underway online, and ahead of the COP26 UN climate change conference, which opens in Glasgow, in less than two weeks.

Petteri Taalas, the WMO Secretary-General, said the climate indicators in Africa during 2020 were characterised by continued warming temperatures, accelerating sea-level rise, extreme weather, and climate events – such as floods, landslides and droughts.

“The rapid shrinking of the last remaining glaciers in eastern Africa, which are expected to melt entirely in the near future, signals the threat of imminent and irreversible change to the Earth system,” he warned.

Only three mountains in Africa are covered by glaciers: the Mount Kenya massif, the Rwenzori Mountains in Uganda, and Mount Kilimanjaro in Tanzania.  Even though the glaciers are too small to act as significant water reservoirs, WMO underlined their touristic and scientific importance.

Currently, their retreat rates are higher than the global average, and “total deglaciation” could be possible by the 2040s, said the report.

Estimates reveal that by 2030, up to 118 million extremely poor people on the continent will be exposed to drought, floods and extreme heat, which will hinder progress towards poverty alleviation and growth.

“In sub-Saharan Africa, climate change could further lower gross domestic product (GDP) by up to 3%, by 2050,” she said. “This presents a serious challenge for climate adaptation and resilience actions because not only are physical conditions getting worse, but also the number of people being affected is increasing.”

The report estimated that the investment in climate adaptation for sub-Saharan Africa would cost between $30 to $50 billion each year over the next decade, or roughly two to three per cent of GDP.

The authors said rapid implementation of African adaptation strategies will spark economic development, as well as more jobs as part of post-pandemic recovery.