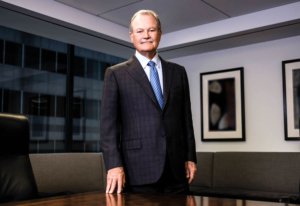 The underwriter has reached an agreement with The Carlyle Group and T&D Holdings announced that a newly created Carlyle-managed fund, together with T&D, will acquire from AIG a 76.6 percent ownership interest in Fortitude Group Holdings, whose group companies operate as Fortitude Re, for approximately $1.8 billion.

Brian Duperreault, AIG’s President and Chief Executive Officer, (pic) said, “Today’s announcement is another important step in our strategy to efficiently manage our legacy liabilities by further preparing Fortitude Re for independence, while strengthening our balance sheet and maintaining our primary focus on upholding policyholder and regulatory commitments. Carlyle’s expertise in separating and standing up companies has been invaluable to date, and we look forward to working with their team and T&D, with whom we have a longstanding relationship in Japan, as we continue the separation process. I also want to thank the entire Fortitude Re team for all their hard work in building the organization. We look forward to their future success.”

Kewsong Lee, Carlyle’s Co-Chief Executive Officer, said, “This transaction demonstrates Carlyle’s strategy of developing scalable platforms to drive shareholder value. Fortitude Re, led by CEO James Bracken, is strongly positioned as an industry leader in managing run-off insurance liabilities, and Carlyle looks forward to partnering with the management team to help Fortitude Re grow. We are excited about the prospects of further developing our global investment management services for Fortitude Re as we work to deliver attractive returns across a variety of asset classes. We welcome T&D to our partnership with AIG, both of whom are highly experienced players in insurance, and look forward to creating an attractive investment opportunity for our fund investors.”

The transaction is expected to close in mid-2020 and once completed ownership interests in Fortitude Re will include Carlyle and its fund investors at 71.5 percent (including the 19.9 percent stake previously acquired by Carlyle in November 2018), T&D at 25 percent and AIG at 3.5 percent. AIG will receive a $500 million non-pro-rata distribution, which if not paid by the later of 13 May 2020 or transaction close will result in an additional payment from the new Carlyle-managed fund and T&D based on their Fortitude Re ownership interest.

“This transaction furthers AIG’s and Carlyle’s efforts to stand up Fortitude Re as an independent company and position it as a premier provider of retroactive reinsurance and legacy run-off management solutions for long-dated, complex risks to the global insurance industry,” AIG said in a statement.