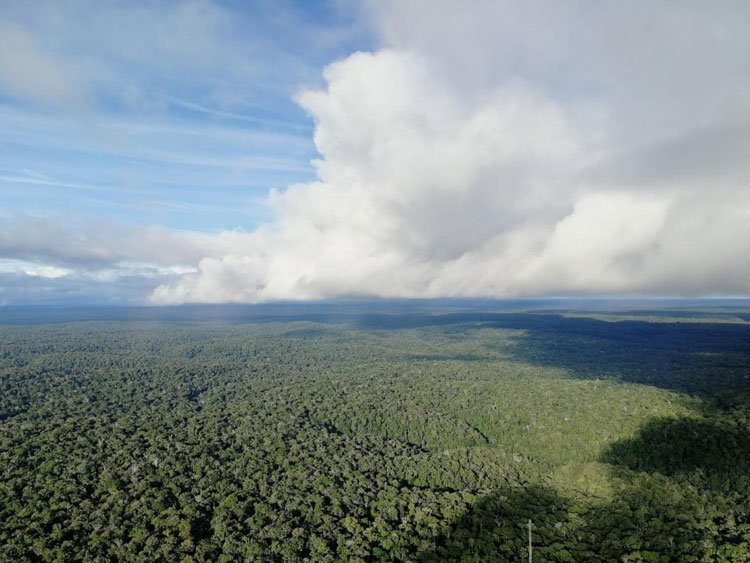 There are new warnings that any failure in the world’s efforts to combat climate change will have severe impacts on one of the world’s most important rain forests.

An international study, led by the University of Leeds, warns that huge areas in the eastern part of the Amazon face severe drying by the end of the century if action is not taken to curb carbon emissions.

As a result, large amounts of carbon dioxide would be released from the forest into the atmosphere, adding to the greenhouse gas effect and driving further climate change.

The increased dryness during the Amazon dry season would further threaten the viability of large parts of the rainforest, as trees are already water stressed and there is greater risk of forest fires.

The predicted droughts could also have far-reaching consequences for the Amazon water cycle, biodiversity, and the population that lives in the region.

The findings, predict reductions in rainfall that are comparable to the drying seen during the major droughts of 2005 and 2010, which caused widespread tree mortality and had major impacts for Amazon communities.

The research team examined factors regulating the process by which forests transfer water from the soil to the atmosphere – known as evapotranspiration.

Dr Jessica Baker, of the University of Leeds’ School of Earth and Environment, led the study.

She said: “People in Brazil and across the globe are rightly concerned about what the future holds for the Amazon, and its valuable store of carbon and biodiversity.

“The Amazon is at risk from the twin threats of deforestation and climate change.

“This new study sheds light on how the Amazon climate is likely to change under an extreme warming scenario. It should ring alarm bells for governments around the world that this vital global resource must not be taken for granted.

“Protecting and expanding existing forests – which absorb and store carbon – is of paramount importance to combatting climate change.”

The researchers said the Amazon basin contains the world’s largest tropical rainforest and plays a key role in global carbon and water cycles.

However, existing climate models disagree on whether the Amazon will become wetter or drier. This makes it difficult for policy makers to predict future droughts, assess wildfire risks or plan climate change mitigation and adaptation strategies.

The research team analysed the results of 38 known Amazon climate models. By ruling out climate predictions from unrealistic models, the patterns of future rainfall change in the Amazon became clearer.

According to the new study, only a third of the 38 models correctly reproduced the interactions between the atmosphere and land surface previously shown by Amazon fieldwork.

By focusing on this smaller group of models, uncertainty in rainfall changes over the whole Amazon basin was reduced by a half.

This group showed wide agreement in predicting future rainfall changes, with severe drying expected in the eastern Amazon over the next 80 years, and, conversely, rainfall increases in the western basin.

Dr Caio Coelho, from the National Institute for Space Research in Brazil, the study’s co-author said: “It’s important to understand how the climate of the Amazon might change in the future.

“This study shows that dry season rainfall reductions in parts of the Amazon could be similar to the drying seen during the major Amazon droughts of 2005 and 2010, which caused widespread tree mortality and had major impacts for Amazon communities.”