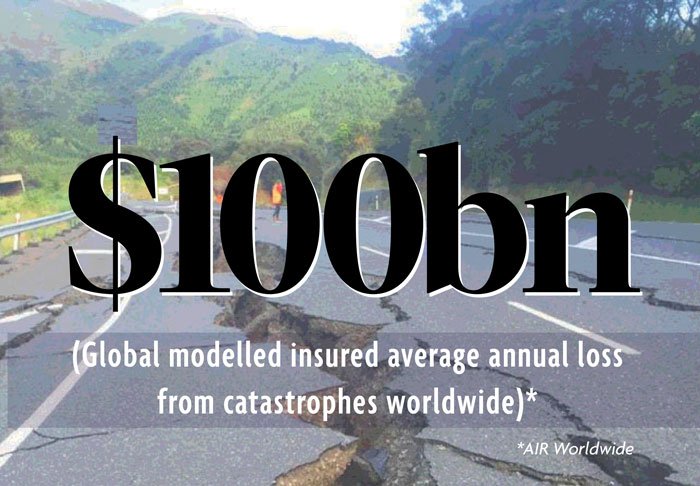 The 2020 report derives its loss metrics from the most current suite of global property and crop models from AIR, including new models and updates released during 2020 as well as databases of property values for more than 110 countries; the report excludes losses from AIR’s pandemic, cyber, and casualty models.

AIR said the global aggregate average annual loss (AAL) and exceedance probability loss metrics for 2020 reflect changes in risk based on AIR’s annual review of industry insured values around the world and includes the impact of enhancements to the AIR Earthquake Model for Australia, AIR’s Earthquake and Tropical Cyclone Models for the Caribbean, and updates to the Hurricane and Inland Flood Models for the United States.

“For regions and perils covered by catastrophe models, the protection gap represents not only potential business growth opportunities for the insurance industry to offer essential protection to vulnerable home- and business-owners, but a responsibility to act,” said Bill Churney, president at AIR Worldwide. “Understanding the protection gap can also help governments assess the risks to their citizens and critical infrastructure, and develop risk-informed emergency management, hazard mitigation, and public risk financing strategies to enhance global resilience and reduce the ultimate costs from catastrophic events.”

The report provided found the difference between covered (insured) and eligible (insurable) exposures suggests areas of potential profitable growth in markets already identified as vulnerable to catastrophic events. Examination of economic and insured losses revealed how wide the protection gap is and how sizable losses can be for societies following a devastating catastrophe.

The year 2020 opened with the most powerful earthquake Puerto Rico had experienced since 1918, the last time the island updated its earthquake preparedness plan. Also, in January, numerous bushfires continued to burn across Australia. Since the second half of 2019, the fires had destroyed more than 10 million hectares.

On 13 June, the Calgary hailstorm, one of the costliest natural disasters ever in Canada, struck. Two months later August saw the start of the Complex Fire, which became the largest wildfire in California’s history and the first-ever “gigafire,” so called because it burned more than 1 million acres. On 10 August, a derecho caused widespread catastrophic damage in the Midwest, bringing heavy rainfall, hurricane-force winds as well as significant hail in some locations.

The Atlantic hurricane season has brought record-breaking number of named storms impacting the entire coastline from eastern Texas near the Louisiana border to the western Florida Panhandle.

“The ability for the global (re)insurance industry, financial institutions, governments, and non-governmental organizations to prepare for large losses before they occur is critical to continued solvency and resilience,” said Rob Newbold, executive vice president at AIR Worldwide.

ECB to conduct inquiry into systems failures
Scroll to top