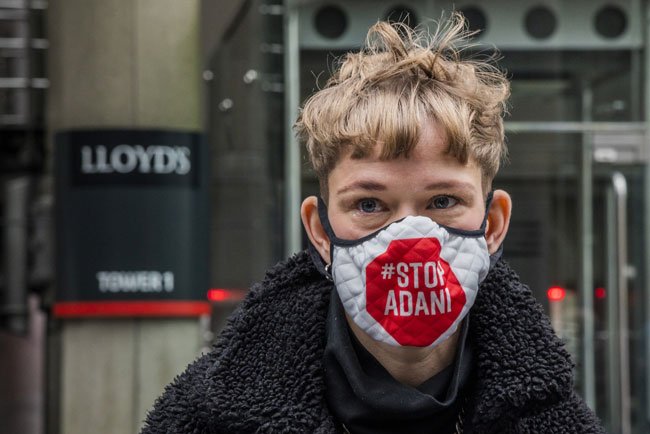 Lloyd’s underwriter Apollo has announced it will stop underwriting the Australian coal project that has been the focus of a widespread protest by environmental groups.

Apollo released a statement to say it had removed its capacity from Adani’s Carmichael coal project following pressure from the climate campaigners and the #StopAdani movement.

Campaigners say if built, Adani’s Carmichael mine will, amongst a range of other serious negative impacts, add an estimated 4.6 billion tonnes of carbon pollution to our atmosphere over its lifetime.

In a statement Apollo confirmed that the insurer will not provide cover for Adani’s coal mine, rail project or coal port after their current construction policy terminates in September 2021.

The syndicate also revealed that Adani is still looking for insurance for the port and rail elements of their Carmichael coal project.

In an email to Market Forces, Julian Cusack, Chair of the Board of Directors of Apollo Syndicate Management said: “I can confirm that we participate in one construction liability policy in respect of Adani Carmichael. Construction policies are generally taken out for single fixed periods and as such are not subject to renewal. This particular policy terminates in September 2021 after which we will no longer provide any insurance cover for this project. We have recently declined to participate in an additional policy relating to the port and rail extension and have agreed that we will not participate in any further insurance policies for risks associated with this project.”

The news comes as over 500 people from all around the world joined a #StopAdani online rally to call on Lloyd’s and its syndicates to stop providing insurance cover for Adani’s Carmichael coal project.

Pablo Brait, Campaigner at Market Forces, said: “Every insurance company on earth should be running a mile from the disastrous Adani Carmichael coal project. The project will help open up a massive new thermal coal basin in the midst of a climate crisis. It is encouraging to see that Apollo is now refusing future insurance to Adani. I hope to see many more make this commitment soon, particularly Arch, Brit and Hiscox.

“What Adani must now explain to its investors, bankers and contractors is how exactly it plans to insure the Carmichael mine into the future. With the mainstream insurers and now the Lloyd’s market turning their backs, how will it deal with the significant risks that running a massive coal mine, rail line and port entail? Adani needs to let its partners know what it will do if it cannot find insurance.”

SHARE:
Australian insolvency reforms could lead to spike in claims