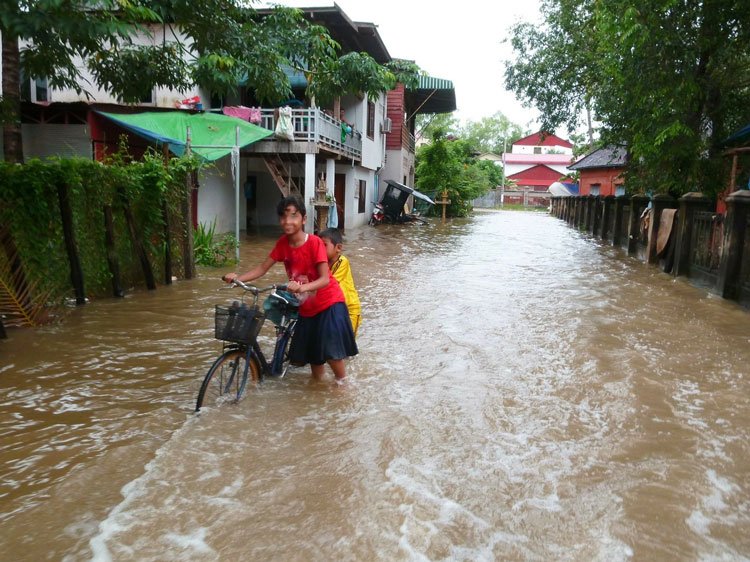 The impact of climate change on Asia has left no corner of the region untouched according to a hard hitting new report from the World Meteorological Organization (WMO).

Extreme weather and climate change impacts across Asia in 2020 caused the loss of life of thousands of people, displaced millions of others and cost hundreds of billions of dollars, while wreaking a heavy toll on infrastructure and ecosystems, it warned.

Looking to the future the WMO said sustainable development is threatened, with food and water insecurity, health risks and environmental degradation on the rise.

The State of the Climate in Asia 2020 report found every part of Asia was affected, from Himalayan peaks to low-lying coastal areas, from densely populated cities to deserts and from the Arctic to the Arabian seas.

Asia had its warmest year on record in 2020, with the mean temperature 1.39 °C above the 1981–2010 average. There were several notable heat extremes, including a temperature of 38.0°C at Verkhoyansk, Russian Federation, provisionally the highest known temperature anywhere north of the Arctic Circle.

The East Asian and South Asian summer monsoons were both unusually active, This, combined with frequent tropical cyclones, caused floods and landslides, leading to loss of life and displacement in numerous countries. Sea-surface temperature changes and ocean heat directly affect the ocean-atmosphere coupling and thus regional and global circulation, as well as marine life.

Sea surface temperatures in parts of the Arctic Ocean have also been warming at three times the global average during the 1982-2020 period. The Barents sea, in the northern Arctic, in particular, is identified as a climate change hotspot, with sea-ice loss in turn leading to more ocean warming.

In 2020 floods and storms affected approximately 50 million people in Asia and resulted in more than 5 000 fatalities. This is below the annual average of the last two decades (158 million people affected and about 15 500 fatalities) and is testimony to the success of early warning systems in many countries in Asia.

Tropical cyclones, floods and droughts induced an estimated average annual loss (AAL) of several hundred billion dollars, according to ESCAP. Losses were estimated at approximately US$ 238 billion in China, US$ 87 billion in India and US$ 83 billion in Japan.

Displacement: Intense cyclones, monsoon rains and floods hit highly exposed and densely populated areas in South Asia and East Asia and led to the displacement of millions of people in China, Bangladesh, India, Japan, Pakistan, Nepal and Viet Nam in 2020.

“Amidst the pandemic, countries are being hit by a range of disasters and having to deal with the increasingly damaging impacts of climate change,” said Ms. Armida Salsiah Alisjahbana, UNESCAP Executive Secretary. “Fewer than 10% of the SDG targets are on track to be achieved by 2030. The most alarming are regressing trends on climate action and life below water): both of which are related to disaster resilience.”

Progress on food security and nutrition has slowed down according to the report. In 2020, 48.8 million people in South-East Asia, 305.7 million in South Asia and 42.3 million in West Asia are estimated to have been undernourished. Asia accounts for more than half of the global total.

The true impacts of COVID-19 on food security and nutrition are yet to be established. But compared with 2019, the number of undernourished people in 2020 increased by 6% in South-East Asia and West Asia, and by 20% in South Asia. Climate-related disasters compounded the problem.

“Asia has regressed on Sustainable Development Goal 13 (Climate Action) in most of its subregions, to varying degrees,” the report added. “The region is likely to miss the SDGs unless efforts are accelerated to build resilience.

“It is essential to adapt and build resilience, especially in high-risk and low-capacity parts of the region. This requires a better understanding of risks, investment in renewable energy and frontier technologies, health, environment, and social protection, and ensuring targeted and forward-looking fiscal spending.” 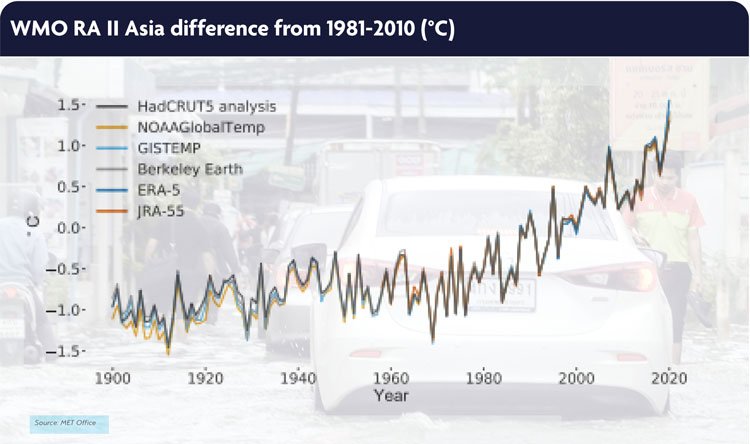