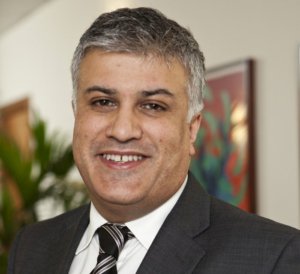 Research has identified South Korea and Taiwan as the countries with the biggest exposure to any failure in the Chinese economy’s ability to recover quickly.

However, the study by Russell Group highlights the impact to a host of Asian nation’s if China cannot drive its economic recovery. The study analysed the countries which are at biggest threat to any prolonged slowdown in China’s economy with South Korea faced with the highest exposure of $66 billion.

The firm’s research utilised a sample of historic Q1 economic data for imports and exports to and from China, and its scenario model outlines the disruptive impact of the coronavirus on the global economy.

Taiwan has the second largest exposure to coronavirus with over $38 billion, followed by the United States with $37 billion. Japan and Malaysia are the fourth and fifth largest exposed countries at $35 billion and $21 billion respectively.

The Port of Singapore has the third largest exposure at $15 billion, followed by the Port of Tanjung Pelepas, Malaysia at $11 billion in fourth and the Port of Yosu, South Korea with a $10 billion in fifth

Russell Group managing director Suki Basi (pic) said: “Quantification of industry and portfolio exposures per risk event are essential in the current shipping environment, which has been disrupted by the Coronavirus. Knowledge of the impact of a risk event on a portfolio is required while the ability to model a realistic disaster scenario and the ability to respond quickly in the event of a loss or sequence of losses should be part of the risk management toolkit. Such risk events can include exposure by country, coastal region, trade route, port per ship and commodity.”

The firm also looked at the global maritime sector and the firms which face the biggest threat from an inability of the Chinese economy to bounce back quickly.

Maersk has the largest exposure out of all shipping companies with $27 billion dollar exposure, with COSCO Shipping Lines a close second at $25 billion and MSC Mediterranean Shipping Company was the third largest at $20 billion.

Together, these shipping companies have a $114 billion dollar exposure and represent 35% of the shipping industry.

Mr Basi added: “The shipping industry is at the heart of what we call the transportation layer which enables the flow of money and goods across the global economy. Therefore, it is no surprise that shipping has a significant exposure of $114 billion but there is no reason why shipping companies need to passively accept these portfolio exposures. Now is the right time to invest in new technology led analytics that help to build new scenario led models.” 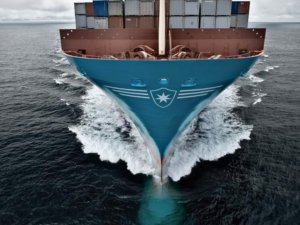 Maersk has the largest exposure out of all shipping companies with a $27 billion dollar exposure.