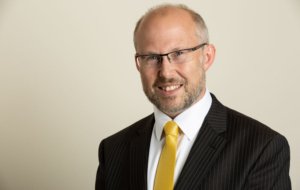 As large swathes of Northern England begin the mopping up process after extensive flooding this week the UK’s broker association has called for a government commitment on flood defence spending.

British Insurance Brokers’ Association (BIBA) has called on whichever government is in power after the 12 December general election to confirm that it will continue with its commitment to ring-fence money collected through insurance premium tax (IPT) for flood defence spending.

Currently in the UK The Government has committed to investing £2.5 billion in capital funding for flood defences for the period 2015-16 to 2020-21, stating that the six year investment would protect a further 300,000 properties and reduce flood risk by 5 per cent.

Prior to the agreement funding was allocated on an annual basis only. Revenue funding is allocated for a one-year period only, however maintenance funding was protected by the 2015 Government in real terms at the 2015/16 level (£171 million) and budgets were allocated for each year up to 2019/20, totalling about £1 billion.

Graeme Trudgill, (pic) Executive Director of BIBA, said: “In 2016, the rate of IPT included on every home insurance policy increased from 9.5% to 10%, and Government said that this increase would be ring-fenced to pay for flood defence and resilience measures.

“With a whole host of spending commitments made by each of the major parties already in this election campaign, it is vital that this earmarked pot of money is not absorbed into general Government revenues and spent in other areas.

“The devastating effects of flooding upon both individuals and communities are clear, and our members help them recover and rebuild when the worst happens. Brokers tell us how important the protection afforded by flood defences is to their customers and to the wider economy.

“Defences save the UK around £1.1bn each year in flood prevention and aside from the considerable human importance defences offer, they represent excellent value for money.”

The UK Government has committed to investing £2.5 billion in capital funding for flood defences for the period 2015-16 to 2020-21

SHARE:
“Rip Off” Survey Hits Out at Comparison Sites