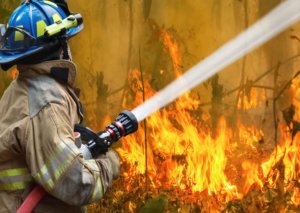 As the bushfires continue across Australia ratings firm Moody’s have said the country’s insurers will be able to manage the rising insured costs.

The firm has issued a new report that said it believes Australian property and casualty (P&C) insurers’ losses from the bushfires will be manageable, given underwriters’ “strong underwriting performance, high level of reserve adequacy and capital, and strong reinsurance protection.”

As of 7 January, the Insurance Council of Australia (ICA) said that 8,985 insurance claims had been lodged in New South Wales, Victoria, Queensland and South Australia since September 2019. Total insurance losses could reach AU$700 million as many more claims are lodged over the coming weeks, according to the ICA.

Although Moody’s expects claims to continue to rise, dampening the sector’s profits, they are likely to be manageable as the industry has a long history of strong underwriting discipline, which has kept its combined operating ratio consistently below 100% over the last 10 years.

The only exception to this is 2011, when the industry’s combined ratio was 103% and natural catastrophe losses totalled about $4.5 billion due to three large loss events. Final losses from the ongoing bushfires are unlikely to be significantly greater than 2011.

“Despite the manageable impact for insurers, the catastrophic fires highlight that the P&C insurance industry is at the forefront of environmental risk,” said Frank Mirenzi, Vice President, Moody’s. “The industry is exposed to the economic consequences of climate change, primarily through the unpredictable effect of climate change on the frequency and severity of weather-related catastrophic events, such as hurricanes, floods, convective storms, drought and wildfires.”

Moody’s said it expects Suncorp Group, through its subsidiary AAI Limited and Insurance Australia Group to receive the largest sum of gross claims, because of their significant market share in home and motor insurance.

“However, QBE Insurance Group and international insurers with large Australian operations such as Allianz SE and Zurich Insurance Company Limited will also be adversely impacted through higher natural peril costs as a result of the bushfires,” added Mr Mirenzi.