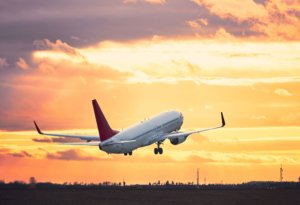 Broker Marsh, has made a wave of recruitments to bolster its senior management team within the Marsh JLT Specialty’s Aviation Practice.

The firm said the appointments were designed to bolster their global offering and the four new staff will be based within their London head offices.

Mr Milan will join from Willis Towers Watson, where he worked for over 16 years. Most recently, he was Sales and Marketing Director for General Aviation and Aerospace, and also had responsibility for the placement and management of a range of aerospace facilities. He will also join the firm as an Aerospace Broker.

Ms. Mayes will join from Swiss Re North America, where she was a Senior Underwriter specialising in general aviation. Before joining Swiss Re, she was an Aviation Underwriter at Elseco in Dubai for seven years. She began her career at Chaucer in 2003. Ms. Mayes joins as an Account Manager, Aerospace. Mr Eley will join the Aviation Practice as a General Aviation Broker. Most recently, Mr. Eley joins from rival broker Dashwood Brewer & Phipps.