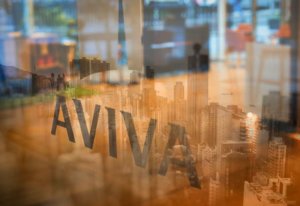 Aviva Insurance group has shocked analysts by announcing it is to retain its Singapore and Chinese business months after saying that it was undertaking a review of all its Asian operations.

CEO Maurice Tulloch had announced the group was seeking to make some £300 million of savings by 2022 ad it had been expected that the Asian businesses would have been sold to reduce costs and deliver enhanced dividends to the underwriter’s shareholders.

However in a statement it said: “Aviva plc notes recent media speculation regarding its Asian businesses. Following a thorough review of options for the Singapore business, including seeking offers for the business, Aviva has concluded that the best value for shareholders will be achieved by retaining the business.

“Aviva can also confirm that its joint venture in China will be retained, given the scale of the market, excellent relationship with its partner COFCO and the high growth prospects.

“Aviva’s Singapore and China business units delivered double digit operating profit growth in 2018 and are earning attractive returns. Both countries are expected to pay dividends to group centre in 2019.

“Aviva is continuing to explore strategic options for its operations in Hong Kong, Vietnam and Indonesia, with its respective partners in each country.”

The firm announced in August it would be undertaking a strategic review of its Asian business and there was a widespread view that the review would see the company exit its Asian operations.

Reports stated that the insurer has had some suitors for its Singaporean and Vietnamese business and the market will be listening keenly tomorrow when Mr Tulloch will address analysts on how he sees the future of the business and how he will achieve the stated targets for costs reductions.