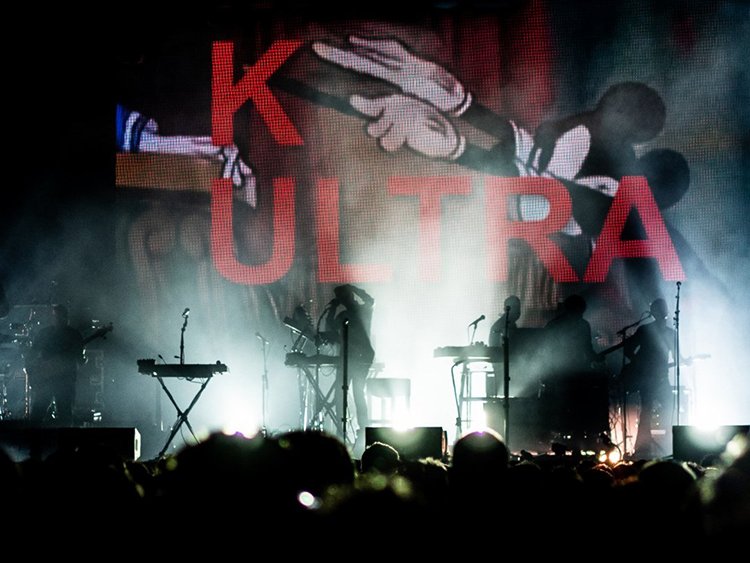 Rock band Massive Attack has launched a resource that will spell out how tours can move towards carbon neutrality as its founder hit out at the lack of any plan for the live music industry in the UK just weeks away from COP26.

The group has published an open resource to the music industry, the Roadmap to Super Low Carbon Live Music, commissioned by the band & produced by the Tyndall Centre for Climate Change Research – a specialist body that brings together scientists, engineers, economists, and social scientists to accelerate society’s transition to a sustainable low carbon future and avert climate catastrophe.

It added as an immediate response to this exploration, Massive Attack have designed 6 major emissions reduction modules for their 2022 tour, to trial implementation and carry out modelling on interactive practicalities, and to then bring all project learning together in a major UK testbed live show to proliferate change.

They will work with industrialist Dale Vince and Ecotricity to design bespoke partnerships with a wide variety of music arenas and venues, “so we can create far greater renewable energy capacity for the UK grid, help train event staff to run and generate sustainable operations, and to introduce vegan food options in front and back of house set ups”.

Robert del Naja (3D), one of the founding members of Massive Attack said: “We’re grateful to Tyndall Centre analysts for providing our industry with a comprehensive, independent, scientifically produced formula to facilitate industry compatibility with the Paris/1.5 degrees climate targets – but what matters now is implementation. The major promotors simply must do more – it can’t be left to artists to continually make these public appeals. But our sector is operating in a government void. Nine weeks out of COP26, where is the industrial plan, or any plan at all, for the scale of transformation that’s required for the UK economy and society?

“Fossil fuel companies seem to have no problem at all getting huge subsidies from government, but where is the plan for investment in clean battery technology, clean infrastructure or decarbonized food supply for a live music sector that generates £4.6 billion for the economy every year & employs more than 200k dedicated people? It simply doesn’t exist.”

The band said it now plans to help contribute rapid answers to a range of questions posed by this report:

For indoor shows, which venues can provide “plug and play” options to remove the constant and unnecessary movement of touring production freight? How easily can venues switch their power supplies to genuinely renewable sources that materially increase new solar and wind capacity for the UK grid overall?

For the festival sector – facing the inevitability of increased environmental measures within the licensing framework and the urgent replacement of diesel power- what increased role can central and local government now play in the provision & viability of clean battery technology for festival events? Where can new local & national partnerships be built that plug events into the power grid and create localised supply chains, including catering, services and equipment?

And for both: how can we incentivise & enhance audience travel via rail; what role can smart to train ticket packages play? And ultimately for major events, who will be the first to embrace the use of individual chartered trains? Who are the partners to collaborate on the smart-routing tours, adapting transportation possibilities to the lowest carbon emitting option, and test electric freight options & the viability of rail freight networking?

Massive Attack are committed, with immediate effect, to working with all stakeholders who are focused on actioning these points.

“Too often carbon reduction targets can seem overwhelming or unattainable, but we know from our own experience of band travel via rail (achieving an instant 31% reduction overall in the most carbon intensive band activity) and the availability, now, of biogas HGV technology that offers 90-95% GHG emissions reductions – that immediate action is possible,” added the band. “And our own discussions with renewable power providers and transport operators demonstrate more existing opportunities for positive change.”

The band said it also wants to see these transitions carried out fairly and equitably, in order that smaller independent venues and festivals who have suffered so badly during the COVID 19 pandemic don’t suffer further – and are financially supported in their own adaptations, by both the government and the sector overall.

Professor Carly McLachlan (Tyndall Centre for Climate Change Research) said: “We hope that this roadmap can help to catalyse change by outlining the scale of action required and how this maps across the different elements of a tour. To reduce emissions in line with the Paris Agreement on climate change, touring practices need to be reassembled differently as the industry emerges from the significant challenges that the pandemic has created.

“This starts from the very inception of a tour and requires the creativity and innovation of artists, managers, promoters, designers and agents to be unleashed to establish new ways of planning and delivering live music tours.”

“Fossil fuel companies seem to have no problem at all getting huge subsidies from government, but where is the plan for investment in clean battery technology, clean infrastructure or decarbonized food supply for a live music sector that generates £4.6 billion for the economy every year & employs more than 200k dedicated people? It simply doesn’t exist.”