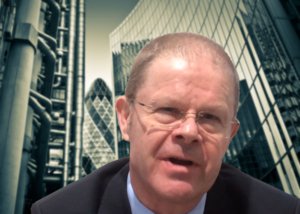 Britain’s Broking leaders have called in the UK government to cut the cost and burden of regulation.

As British Insurance Brokers’ Association (BIBA) launched its 2020 Manifesto: Access, at the House of Commons, CEO Steve White (pic) said its research had discovered growing evidence of the impact of increasing regulation on the industry.

Mr White said: “Our new research, undertaken with London Economics, into the comparative cost of regulation for UK insurance brokers revealed a number of concerning statistics.  We were perturbed but not surprised that it continued to show that they endure one of the highest costs of regulation in the world. This not only places a financial strain on brokers but affects their operational efficiency with the finding that more than 1 in 4 (26%) full-time equivalent staff in smaller brokers are employed simply on regulatory issues. This takes them away from their core purpose of helping customers to access the insurance they need.”

The association said the theme of Access “encompasses not only the need for customers and businesses to access suitable insurance protection but also the adjustments necessary to enable insurance brokers to help them do so.”

Mr White added: “Proportionality and fairness in the regulation of such a low-risk sector has been a recurring chapter in BIBA Manifestos.  Insurance brokers are rightly regulated but BIBA believes that the degree and nature of regulation require some finessing.”

The research also revealed that UK insurance brokers face one of the highest direct costs of regulation out of the 23 jurisdictions examined and that 71% of all respondents believed their indirect regulatory costs were increasing compared to 2016.

Biba added: “For a sector that poses no systemic risk, this appears incongruous especially in light of previous comments by Conservative Ministers on regulation and the Tory Manifesto 2019 which states: ‘Through the red tape challenge we will ensure that regulation is sensible and proportionate’.”

Mr White added: “Action on regulation is essential for our sector and indeed an examination of the demands the regulator places on it, would not only enhance access to insurance but could be of benefit to the entire UK Economy. That is why we are calling on the Government to introduce a competitiveness objective for the FCA, the PRA and the CMA. We believe that this is essential as we seek to maintain our leading position in this current period of uncertainty.”