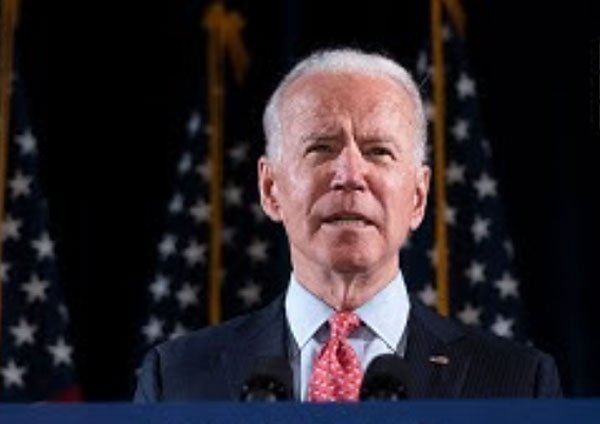 As he inches his way towards the White House Democratic candidate Joe Biden has said the US will rejoin the Paris Climate Agreement on the day he sets foot in the Oval Office.

As the final votes in the knife edge election were still being counted former Vice President Biden took to Twitter to reaffirm that he will take the US back into the climate accord, as the USA formally withdrew from the global coalition to reduce greenhouse gas emissions and with it halt the pace of global warming.

Mr Biden had been Vice President under Barack Obama when the US signed up to the Paris Agreement four years ago. While a handful of states are still to declare, Mr Biden is 17 electoral college votes away from reaching the target of 270 needed to secure the presidency.

“Today, the Trump Administration officially left the Paris Climate Agreement. And in exactly 77 days, a Biden Administration will rejoin it,” tweeted Mr Biden.

The Paris Agreement committed 188 countries to keep rising global temperatures below 2C above pre-industrial levels and look to limit them to a 1.5C rise.

On top of his pledge Mr Biden said he would look to deliver a $5 trillion programme of measures to combat climate change.

President Trump had triggered the withdrawal saying that the deal put the country at a disadvantage to other nations, in particular China and Russia, and would cost over two million American jobs.

A report last month by America’s Pledge found that even without help from federal government, action from cities, states and businesses would still make it possible for the US to cut emissions by 37 percent by 2030.

However if Mr Biden becomes President he will not take office until after the UN Climate summit due to take place next month in London at which major nations will seek to drive tougher targets on how the world can reduce global warming.

Niklas Hohne, a climate scientist at Wageningen University in the Netherlands and a member of a simulation group called Climate Action Tracker, wrote on Twitter that “Biden’s climate plan alone could reduce temperature increase in the order of 0.1 degree Celsius.

“This election could be a make or break point for international climate policy. Every tenth of a degree counts,” he said.