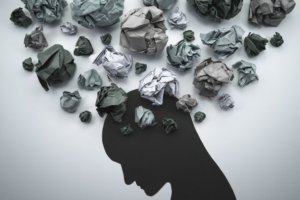 As the world wakes up to “Blue Monday” a leading expert has said the issue of mental health was a year round challenge.

The third Monday of January is traditionally dubbed ‘Blue Monday’, the most depressing day of the year. It was labelled as such because of the short days, the length between the Pre-Christmas and January salary payments and the debt which has been generated from the Christmas and New Year period.

According to the Office of National Statistics, one in six adults are experiencing a mental health problem at any one time and, due to the unique nature of the seafaring profession, where workers often find themselves isolated and separated from friends and family, seafarers can be particularity at risk of having poor mental health

However, Dr Antonis Kousoulis, director of the Mental Health Foundation, believes that while any action to highlight the issue is welcomes it should not be trivialised.

“Poor mental health is the greatest public health challenge facing our generation,” he said. “Trivialising symptoms of depression, anxiety and other mental health problems, under the influence of commercial industries that wish to turn mental health into an on-trend topic for profit, is unacceptable.”

He added that the approach should be evidence-based, and the key is to involve communities, and the priority should be shifted to prevention.

Mr Kousoulis explained: “It is also important to distinguish between temporarily feeling down, which we all relate to from time to time, and experiencing depression or a mental health problem that can be quite disabling for our day-to-day lives.”

“Some people might be experiencing Seasonal Affective Disorder with symptoms of depression that come and go in a seasonal pattern and are usually more intense in the lower light months,” he added. “Bodily changes in the winter can affect our hormones and impact our sleeping and eating habits, and our mood.

“Things that are known to be good for our mental health such as exercising and spending time in green spaces are harder to do when the days are short and nights are long.”