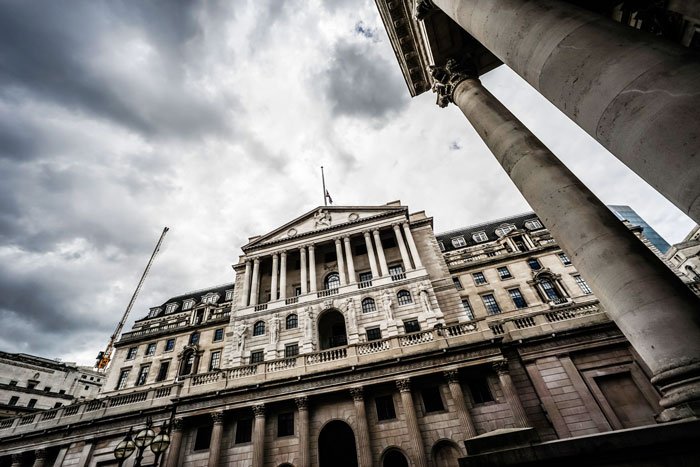 There are growing signs that the Bank of England is to seek to tackle the use of cryptoassets amid fears they pose a stability risk to the financial system.

Sir Jon Cunliffe, the bank’s deputy governor Financial Stability, said the bank was aware of the risks the use of cryptoassets posed and was examining the creation of guidelines for its use by business.

“But as the financial crisis showed us, you don’t have to account for a large proportion of the financial sector to trigger financial stability problems – sub-prime was valued at around $1.2 trillion in 2008.

“When something in the financial system is growing very fast, and growing in largely unregulated space, financial stability authorities have to sit up and take notice. They have to think very carefully about what could happen and whether they, or other regulatory authorities, need to act.

“At the same time, they need to be careful not to over-react – particularly when faced with the unfamiliar. We should not classify new approaches as ‘dangerous’ simply because they are different.”

“Cryptoassets are growing fast and there is rapid development of new applications for the technology. The bulk of these assets have no intrinsic value and are vulnerable to major price corrections.

“The crypto world is beginning to connect to the traditional financial system and we are seeing the emergence of leveraged players. And, crucially, this is happening in largely unregulated space.

“Financial stability risks currently are relatively limited but they could grow very rapidly if, as I expect, this area continues to develop and expand at pace. How large those risks could grow will depend in no small part on the nature and on the speed of the response by regulatory and supervisory authorities.”

“There are well founded concerns around unbacked cryptoassets in relation to investor protection, market integrity and financial crime,” explained Cunliffe. “A more direct issue from a financial stability perspective, given the unbacked and volatile nature of these assets, is the implications of a major price correction.

“Such major corrections have been relatively frequent in the short lifespan of unbacked cryptoassets. The price of bitcoin has fallen by over 10% in a single day on nearly 30 occasions in the past five years, with the largest of these — a fall of nearly 40% following a cyber-incident at a prominent exchange — coming in March last year.”

Susannah Streeter, senior investment and markets analyst, Hargreaves Lansdown said the Bank was waking up to the threat.

‘’Regulators have been tip-toeing round the crypto world, shouting out occasional warnings to the crowds of speculators, but we now have the firmest indication yet that they will soon be stepping in to break up the block party,” she added. “Sir Jon Cunliffe clearly believes the speculation has reached such a level that a crypto time-bomb is now ticking, which could blow up in the face of the financial sector.

“With unregulated crypto assets growing 200% this year alone from just under $800 billion to $2.3 trillion, and banks and hedge funds now becoming involved, the Bank of England is worried about contagion if the value of coins and tokens held deflates rapidly.”

The warning from the Bank of England follows a call to action from the chair of the Financial Conduct Authority, Charles Randell in September.

“The FCA is extremely worried about the collision between social media and the crypto world, with Kim Kardashian’s single post about a token earlier this year considered to be the biggest financial promotion in history,” Streeter said. “Now, this nervousness about how financially vulnerable younger investors are being targeted by influencers has widened to an anxiety that the crypto wild west could undermine the stability of the financial system. There has been a hesitancy until now to bring crypto currencies into the regulatory sphere because of the risk it will add more legitimacy to the currencies.

“It’s clear central banks and regulators see part of the solution lies in pushing this intense interest away from thousands of coins and tokens in the crypto space, towards stable coins, pegged to fiat currencies like the dollar, but they currently only make up around 5% of crypto assets held. The Bank of International Settlements, a global forum for central banks has already set out how clearing and payments services should be applied to stable coins.”

She added: “Regulators and central banks are walking a tricky tightrope, recognising the need to foster new decentralised payments technology but ensuring enough rules are in place to prevent runaway speculation infecting the wider financial sector. If the environment is made too cumbersome there is a risk that innovation in the fast moving world of decentralised finance could be quashed, slowing down the efficiency of operations and leaving the UK behind countries which are welcoming crypto with open arms.”

The warning from the Bank of England follows a call to action from the chair of the Financial Conduct Authority, Charles Randell in September.