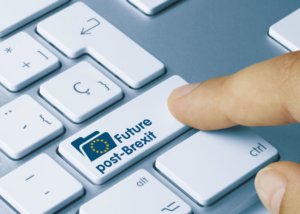 As UK Prime Minister Boris Johnson seeks to ensure that the country secures a trade agreement with the European Union by the end of 2020, a leading lawyer warns Brexit will delivery uncertainty whatever shape it takes.

Mr Johnson is seeking to put into law that the UK will not extend the current transition period to leave the European Union beyond 31 December 2020. He said the is aimed at delivering on his party’s promises and focusing the minds of both sides of the negotiating table.

However, Yannis Samothrakis, partner in Clyde & Co’s corporate insurance group in Paris warned that even the smoothest of Brexits will not come without issues.

“While in the long term, it seems likely that a legal framework will be put in place allowing insurers to continue conducting cross-border business in some form after Brexit, in the meantime both providers and policyholders will face distress due to insecurity,” he explained. “In theory, under national and EU law, Brexit should make no difference to the payment of claims or benefits under existing insurance contracts.”

But there are already issues arising warned Mr Samothrakis and uncertainty is at the heart of many potential challenges.

“The apparent rejection of the location of risk principle by the French insurance supervisor, ACPR, dissenting from the position of the European Insurance and Occupational Pensions Authority (EIOPA) in November 2019, is just a flavour of the kind of confusion we can expect as we move into 2020,” he warned. “By questioning the ability of insurers to pay claims under existing contracts, the ACPR is undermining customers’ and insurers’ expectation that regardless of whether the UK stays in the EU or leaves the block, claims can be paid as they become due.

“In the short to medium term, insurers and brokers cannot expect to come out of this situation well. Many have established subsidiaries in the EU or UK, to transfer portfolios and maintain market access, but such efforts will be jeopardised if core principles of law are called into question.

“Post Brexit, France will be the largest insurance market in the EU. Other countries may look to France for a regulatory lead. The risk is that if there is no convergence of supervisory practice at European level, we are likely to see more erratic behaviour on the part of local regulators, which will result in a high level of distress for insureds.”

Mr Samothrakis concluded: “The trouble is, the industry owns the problem, but not the solution, which lies with politicians and regulators.”

SHARE:
Impact of Catastrophes on Global GDP Set to Rise in 2020

Broker Says It Has Bucked Brexit Gloom
Scroll to top