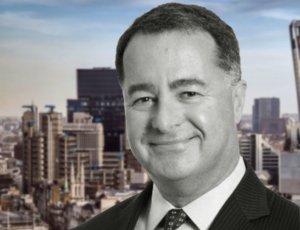 The founder and CEO of risk solutions business McGill and Partners has said the firm was building a British business despite the looming issues of Brexit.

Steve McGill (pic) was speaking as the company issued a statement in its first six months in business having been launched with the backing of a $250 million investment by private equity firm Warburg Pincus.

The firm has driven significant growth via acquisition and business wins with the company handling in excess of $250m of premium flow going into 2020.

McGill and Partners added it expects to be serving over 1,000 clients next year. It has also initiated preparations to launch in New York and Miami as part of its ambitious global plans.

It has become the first broker in history to have its headquarters in Lloyd’s of London, however rising staff numbers has led the business to open an additional 8,000 sq. ft office at 100 Leadenhall Street.

Steve McGill, Founder and CEO of McGill and Partners explained: “We are proud to be building a new British business at scale, despite the context of Brexit. We launched McGill and Partners, one of the largest new business enterprises in the UK in 2019, to provide clients with focused, high quality broking and advice in a consolidating market.

“We want to be deliberately different by design, culturally as well as strategically. We’ve created a unique employment package which is built on a contract of trust. Within that, we believe in our staff to do the right thing and do what’s best for them and their work/life balance. I’m incredibly excited about the huge opportunity we have ahead.”

The firm has also recruited some of the most recognisable names in the London market. Alongside Mr McGill is John Lloyd as Chairman.

The broker has also announced Angus Milgate, formerly Aon’s head of UK and Ireland, will join in 2020 as Head of the Treaty Reinsurance division. He will be joined by Paul Summers, former Head of International Facultative at Guy Carpenter, will join McGill and Partners in 2020 in a similar role.

“Talent acquisition has been at the centre of the business strategy from the start, with a unique employment package and highly differentiated culture: there are no set working hours or limits on holiday, and benefits including 12 months full pay maternity and adoption leave and six months full pay paternity leave, a concept rarely seen in the financial services industry,” added Mr McGill. “This has enabled the business to hire from 26 different firms across the market. 50% of colleagues are millennials and all will have an equity stake.”