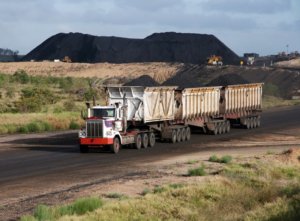 Climate activists have leaked a record of meeting held by the Pacific CEO of Marsh in which he revealed that the broker’s senior management are set to hold a meeting today to review their position in the broking of coal risks.

The #StopAdani movement has said Marsh have been unsuccessful trying to place insurance for the Adani Group’s planned Carmichael mine project in Australia which has been the subject of a concerned campaign by environmental groups to have the project scrapped.

A member of staff is said to have leaked a recording of the meeting in which Nick Harris CEO, of Marsh Pacific, was asked questions by staff about Marsh involvement with the Adani Carmichael coal project.

“He was unable to clearly answer questions about their involvement in the project and according to staff he gave a very unconvincing defence of coal needing to be part of the energy mix the history of Marsh working with Adani,” said a spokesperson for #StopAdani. “Harris informed staff that there will be a very high level executive meeting in New York City on Thursday morning (NYC time) to specifically discuss the issue and make decisions about their future involvement.”

The #StopAdani movement is poised to rally at Marsh offices around Australia at a ​ National Week of Action​ in March, and to rally in ​New York at the Marsh AGM​ .

The movement said its research has estimated coal burned from the Carmichael mine would produce 4.6 billion tonnes of CO2, more than 8 times Australia’s annual emissions.

“Building the mine and its railway would also pave the way for further mines of the same size in Queensland’s Galilee Basin,” said a spokesperson. “The UN’s IPCC says at least 59% of global coal power must be phased out by 2030 to limit global warming to 1.5°C.”

“This summer, catastrophic and unprecedented bushfires destroyed homes, killed over a billion native animals and had whole communities fleeing for their lives. The bushfires brought choking smoke, there was drought, dust-storms, dangerous heat waves and enormous hail storms.

“Climate change is happening now and if Marsh continues to assist Adani in getting the insurance it needs to open up one of the biggest unexploited coal reserves in the world, Marsh are actively making Adani’s coal mine and all the associated climate impacts a reality.”

Peter Bosshard, coordinator of the Unfriend Coal campaign, said: “The global insurance industry is rapidly shifting away from coal and as the world’s largest insurance broker Marsh needs to join this trend. Only the most reckless companies will touch the Adani coal mine at this point, and climate campaigners will relentlessly target Marsh’s reputation and mobilize shareholders at its upcoming AGM if the broker gives the project a new lease of life.”