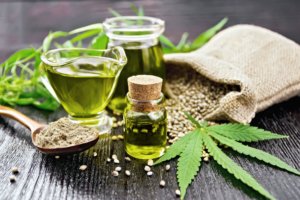 A leading lawyer has told the London insurance market it should be braced for the opportunities that will be provided by the legal cannabis industry.

Upcoming regulatory developments in the US and Canada are set to accelerate the growth of the legal cannabis industry, with sales already projected to grow as much as ten-fold to reach $40 billion a year in the US by 2025 and around $5 billion in Canada within five years, presenting significant opportunities to insurers at Lloyd’s.

Recreational cannabis in dried or plant form was legalized in Canada on October 17th, 2018.

Yesterday a second wave of cannabis legalisation in Canada, or Cannabis 2.0, will legalise cannabis edibles, extracts and topicals, opening up a potentially vast market.

Speaking at Clyde & Co’s annual Financial Institutions, Directors and Officers Conference in London, Prachi Shah, a Senior Counsel at the firm’s Montreal office said: “The cannabis market in Canada is set to increase significantly with this second wave of legalization. Smoking a joint might not appeal to large parts of the population, but they may not be averse to trying cannabis candies, chocolate or beer, and other products which incorporate cannabis.”

“This second wave of cannabis legalisation will provide more opportunities for operators who were not involved in the first wave, such as food and beverage companies, and further opportunities for first-wave cannabis companies. However, as with the first wave of legalization, everyone involved in production, distribution and sales in the cannabis industry will need to comply with the regulatory requirements. Failure to do so would present risks to these businesses and their boards and management. This presents huge underwriting opportunities for insurers to provide D&O cover as well as other insurance classes including property, fidelity/crime and product liability.”

However, in the US, there is less clarity on the eventual approach. While hemp has been legal under federal law since the introduction of the 2018 Farm Act, it remains illegal under to use, sell or possess marijuana under the Controlled Substances Act (CSA). This means that despite 33 states legalising marijuana for medical use and 10 for recreational use, marijuana businesses are potentially subject to federal criminal prosecution for violations of the CSA, aiding and abetting, and money laundering.

The Secure and Fair Enforcement (SAFE) Banking Act, which will be voted on by the Senate later this year, would offer protection to a wide range of financial institutions including insurance companies and banks, from federal prosecution should they service legitimate marijuana businesses and their service providers.

Katelin O’Rourke Gorman, Partner at Clyde & Co. in New York said: “Legal cannabis is not going away – this is an industry worth billions of dollars but up to this point its businesses have struggled to gain access to critical financial services. While the SAFE Act passed the house with more Republican support than expected, it is still unclear whether it will pass the Senate. Should it be passed into law we would see banks, credit unions and insurers rush to the market in states where cannabis has been legalized. In this event, Lloyd’s of London, which currently permits the underwriting of cannabis risks in Canada, may revisit its policy to allow entry into the US market. When the timing is right this would be a wise move as although the US insurance market for cannabis is currently some way behind Canada, it has the potential to be much, much bigger.”