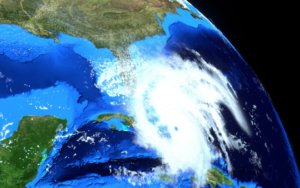 As Hurricane Dorian made its way towards the United States ratings agency S&P said it would take a significant tens of billion dollar loss to impact the world’s reinsurance capital.

S&P issued its outlook the global reinsurance sector in the run up to Monte Carlo Rendezvous and Ali Karakuyu Director and analyst in S&P’s Insurance division said that the reinsurers it rated were robust.

“These reinsurers within our data set, have factored in $11 billion for the costs of catastrophes in 2019,” he explained. “We saw $4 billion claims in the first half of the year which leaves $7 billion for the second six months.

“They have also factored in a profit of $24 billion which means that we believe it would take a loss of $31 billion for there to be an impact on the capital of those reinsurers.

“Unless it was of $31 billion or above we would not be nervous.”

S&P has kept its stable outlook on the global reinsurance sector and on the majority of the reinsurers it rates.

“This assessment is mostly based on reinsurers’ still-robust capital adequacy and relatively disciplined underwriting, at least so far, supported by well-developed enterprise risk management, and an overall improving reinsurance pricing environment. On the other hand, the fundamental secular competitive trends haven’t abated, even after back-to-back record catastrophe years in 2017 and 2018,” it added.

The firm said that property and casualty (P/C) reinsurance prices have been hardening during the 2019 renewals in reaction to record back-to-back catastrophe years in 2017-2018 and the resulting loss creep, with positive momentum heading into 2020.

“Reinsurers are battling the commoditisation of their business and the rise of alternative capital nibbling at their margins,” said S&P Global Ratings credit analyst Taoufik Gharib.“In response, they could take a page from the playbook of other disrupted industries to stay relevant and become more innovative.”

“Are reinsurers complacent in their centuries-old industry and stuck in their old ways of doing business? Do reinsurance prices react only to natural catastrophe insured losses and adverse reserve developments? Are reinsurers sitting on their hands awaiting external forces of change or are they self-critical enough to initiate change from within? These are some of the seminal questions that reinsurers need to tackle in the years to come,” said the report.

S&P Global Ratings believes that these factors will continue to push the sector to evolve, but it could be a long time before the competitive landscape changes. For now, reinsurers are optimistic about the pricing environment, but a long road to ensure continued relevance lies ahead.

Countdown to a New Lloyd’s Future
Scroll to top