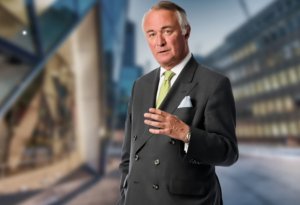 Catlin Warns Management They Need to get Closer to Coal Face

Convex Chairman and CEO Stephen Catlin (pic) has said the insurance market needs to get its leadership culture right if it is to succeed and also warned firms have to understand the issues with outsourcing.

Speaking at the Insurance 3.0 event in London Mr Catlin said that since he formed Convex this year, he has been approached by former employees keen to join his new operation.

“Where you see strong leadership in the market you see people who want to work at these companies. In terms of Convex it has been humbling to see how many people who worked with us at Catlin who have come to us to say that they want to work with us again,” he explained. “I would love to say it is simply down to the fact that we are a great company, but it goes beyond that. These people want to work where they are treated with dignity and fairness.

“Sadly, the distance between the coal face and the leadership grown as companies have got bigger. People are feeling unloved and unsupported as senior management are becoming distant.”

He added that he backed the plans Lloyd’s had announced for its future but said he had sympathy for the Lloyd’s management team as it sought to transform the market.

“We as an industry have a number of challenges,” he added. “We have a huge legacy in terms of process, and we have a growing legacy of liability tails. Lloyd’s is in a certain amount of disarray. John Neal and John Hancock have a very difficult task on their hands, and they didn’t cause the trouble they face.”

Catlin highlighted that on its launch Convex had looked at the tasks they wanted to carry out inhouse and how it wished to use technology and outsourcing.

“We have horizontally outsourced our processes to one company,” he explained. “We have been questioned on the decision, and it may well be seen as a risk to put all our eggs in one basket. But what we have is a back office that will talk to each other and can talk to each other.

“Many firms outsource in buckets and then find that these buckets cannot talk to each other. They end up with several versions of the truth.”

Data was key he added as the ability or the market to capture data continues to increase. But it is only half the story he added as the data was useless if it could not be properly accessed and utilised.

“We need to be able to use day in the way in which we have all hoped that could be achieved,” he added. “It is better for us and it is better for the customer.”

He said the legacy issues had been highlighted to him when XL acquired Catlin.

“I thought at the time this will not be difficult because we did not have a great deal of legacy,” he added. “However, we suddenly discovered that we had to try and turn this leviathan. We need to be nimbler if we are to response to the needs of our clients.

“As an industry we have an issue with the problems around legacy technology processes and systems.”