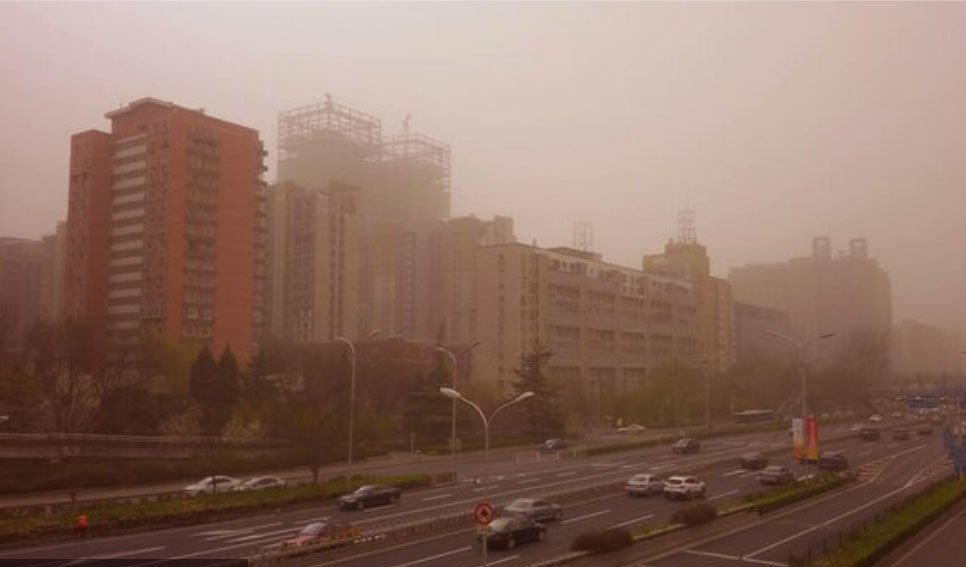 Recent sandstorms that shrouded Beijing in a post-apocalyptic orange haze and intensive droughts in other parts of the country serve to highlight the very real threat of climate change, according to experts.

The widespread sandstorms hit the capital and spread as far as central China for several days in mid-March and again at the end of the month were brought on by lower than average snow cover and precipitation, as well as higher than normal temperatures and winds across Mongolia and northern China.

The combination provides perfect conditions for creating sandstorms and could signal more frequent dusty weather as temperatures climb in the region.

“Although the sandstorms were mainly caused by natural factors, they remind us there is only one Earth for mankind,” Liu Youbin, a spokesman for the environment ministry, told a press conference in Beijing.

“We must give great importance to ecological protection and construction and strengthen international cooperation,” he said.

While the sandstorms are a natural occurrence, there are understood to be a number of human factors at play that contribute to the intensity besides the climate crisis.

“In the places where the sand is originating from, both recent overgrazing and desertification have contributed to the desertification of the grasslands of Mongolia,” said Liu Junyan, a Beijing-based climate and energy campaigner for Greenpeace East Asia.

“I think one of the most important things is to stop overgrazing, and this is something the Chinese government has done in the past two decades in parts of northern China,” she said, referring to China’s attempt since 1978 China to combat encroaching sands from the Gobi Desert region by planting a series of forest strips through its northern areas- the so-called ‘Great Green Wall’.

Major water transfer projects such as the South-to-North series of canals and pipelines are mainly for supplying water to heavily populated cities such as Beijing or increasingly industrialised agriculture zones near those cities, and do little to restore depleted groundwater.

Besides the sandstorms, parts of China have recently been hit by severe drought, including the eastern coastal provinces of Zhejiang and Fujian, which were mainly dry from October last year through February, with some respite in March.