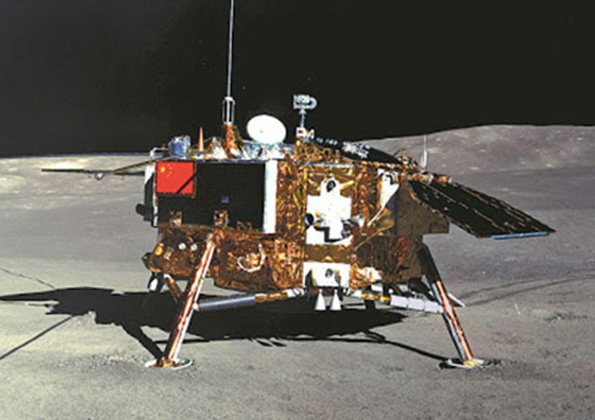 China has reached a major milestone in its ambitious space exploration programme, with its Chang’e 5 mission spacecraft separating into two pairs of vehicles in preparation for a lunar landing, expected later today (1 December).

The solar-powered lander will have only two weeks (one lunar day) in which to collect samples.

The Chang’e 5 spacecraft (named after the ancient Chinese goddess of the moon) launched on 23 November intent on becoming the first mission to bring lunar samples to Earth since 1976; the mission reached lunar orbit on 28 November.

According to China’s state-run news agency Xinhua, the mission’s orbiter/return vehicle and its lander/ascender vehicle separated in lunar orbit on 29 November.

That move sets the stage for a landing near the peak of Mons Rümker, a mountain in the Oceanus Procellarum (“Ocean of Storms”) region of the moon later today.

The Chang’e 5 mission is expected to last about 23 days in all, CNSA officials have said.

If all goes well, the pair will touch down gently within the Oceanus Procellarum  and collect about 4.4 lbs.of moon rock, including from a depth of about 6.5 feet.

Within two weeks, the samples will be packed into the ascent vehicle to blast off the lunar surface and meet up with the orbiting spacecraft.

China already has three active spacecraft on the lunar surface: the Chang’e 3 lander, which arrived in 2013, and the Chang’e 4 lander and Yutu 2 rover, which landed on the far side of the moon in January 2019. All of these missions are part of China’s ambitious Chang’e lunar exploration program.

The Chang’e 5 mission is the country’s first attempt at a sample-return mission. If it is successful, it will return its moon rock samples to China in mid-December.

The move is part of much greater ambitions for China’s space programme.

Within the next decade, China plans to establish a robotic base station to conduct unmanned exploration in the south polar region.

China even plans to retrieve samples from Mars by 2030.

Indeed, in July China launched an unmanned probe to Mars in its first independent mission to another planet.