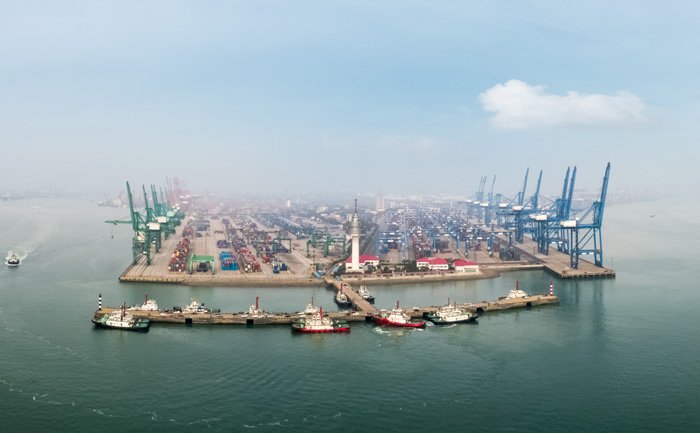 The Port of Tianjin, the venue for one of the world’s biggest ever marine insurance claims, is to create the world’s first zero carbon terminal which will be driven by artificial intelligence.

The project was announced during an address at the Green and Safe Port Conference 2021, organised by the China Ports and Harbours Association.

Under the plans, which the port said will be completed by the end of the year, an integrated wind, solar, and storage system will be used as a platform to supply green energy to the terminal.

The port group will additionally build an integrated energy storage system and will see cutting edge terminal loading and unloading equipment, horizontal transportation equipment, and production auxiliary equipment will all be driven by electric power.

Chen Yanping, deputy general manager of Tianjin Port Group Kexin Facilities Department said, “In the initial stage of the terminal’s production, according to throughput calculations, we will install two wind turbines and install photovoltaics on the roof to achieve green energy supply.

Yang Jiemin, vice president of Tianjin Port Group, said in the future Tianjin Port will take the terminal as a new starting point to accelerate a new pattern of green port development.

In August 2015, a series of explosions in the port led to the death of 173 people, and injuries to hundreds of others.

The insured costs of the explosion and the huge disruption to the global supply chain was estimated to have cost the insurance industry in excess of $4,5 billion, making it one of the biggest marine losses in history.