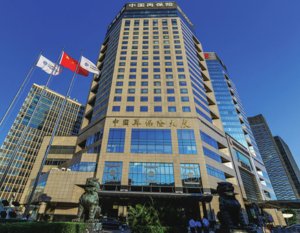 US insurance group Chubb Limited has said it will increase its stake in China’s Huatai Insurance Group by a further percentage.

Once the 15.3% deal has been completed Chubb is expected to own 46.2% of Huatai Insurance Group. Last week, the China Banking and Insurance Regulatory Commission (CBIRC) approved other unrelated share purchases previously agreed to that upon closing bring Chubb’s stake to 30.9%.

Chubb will purchase the shares from the Inner Mongolia Junzheng Energy and Chemical Group Co., Ltd. and one of its wholly owned subsidiaries.  The parties have also agreed to the intended terms of a subsequent purchase of an additional 7.1% of the company, contingent upon the completion of the first purchase.  The transactions are subject to regulatory approvals and other important conditions.

“Earlier this year, following approval from the CBIRC, we increased our ownership in Huatai Insurance Group, which became the first domestic Chinese financial services holding company to convert to a Sino-foreign equity joint venture. The agreement we are announcing today is another important milestone toward our goal of majority and beyond ownership in Huatai,” said Evan G. Greenberg, Chairman and Chief Executive Officer of Chubb. “We are committed to supporting Huatai as a long-term strategic shareholder and we have great confidence in the long-term potential of the Chinese insurance market. We are builders at Chubb, and our increasing stake in Huatai is an opportunity to build a great Chinese insurance company that will meet the growing protection needs of Chinese consumers and businesses.”