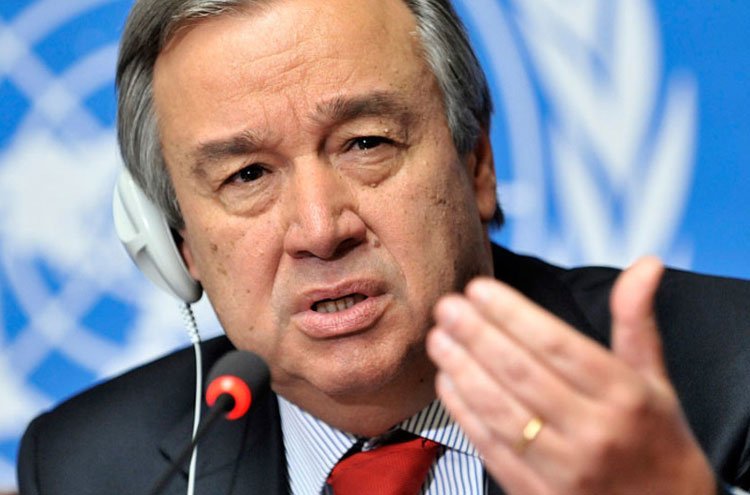 Cities told to act not talk in climate fight

The mayors of the world’s major 40 cities have been told they must turn intentions into action if the world it is meet the challenge of climate change.

“Cities have borne the brunt of the COVID-19 pandemic, with high mortality and infection rates and staggering economic losses,” he added.  “Many of you and your residents have endured months of pain.  The equitable distribution of vaccines in the world and in cities is a prerequisite for a sustainable economic recovery, and for better days ahead.  Let us make vaccines a global public good.

“Cities are also on the front lines of the climate crisis. More than half a billion urban residents already face rising sea levels and more frequent or severe storms. By mid-century more than 3.3 billion urban residents could be at risk from severe climate impacts.  Cities also have an outsize carbon footprint.  With just over half the global population, they emit more than 70 per cent of global greenhouse gases.”

Mr Guterres explained the COVID-19 pandemic is a global catastrophe.  But investment in recovery is a “generational opportunity to put climate action, clean energy and sustainable development at the heart of cities’ strategies and policies”.

“How we design power generation, transport and buildings in cities — how we design the cities themselves — will be decisive in getting on track to achieve the Paris Agreement and the Sustainable Development Goals,” he added. “The science is clear.  To keep the goal of limiting temperature rises to 1.5 degrees within reach, the world must achieve net-zero emissions by 2050.  A growing coalition of countries, cities, companies, and financial institutions have committed to net zero.  But this long-term vision is not yet entirely reflected in concrete plans.

“We must cut global emissions by 45 per cent by 2030, compared with 2010 levels.  A recent report put the total cuts pledged by countries representing 30 per cent of global emissions is now at less than 1 per cent.  I hope that until Glasgow things will change.  I call on you to take urgent action on three fronts.”

The first is to work with national leaders to make sure they engage and they present “ambitious nationally determined contributions”, well before COP26 in November.

Second, is to commit their cities to net zero by 2050, make ambitious plans for the next decade, and bring fellow mayors and local leaders with them.

Third, is to use the recovery from the pandemic to accelerate investment and implementation in clean, green infrastructure and transport systems.

“Cities are already succeeding on climate action, Said Mr Guterres. “The challenge is to speed up and scale up.  Key areas for action are phasing out coal and investing in climate-smart buildings and transport systems.  Ending the use of coal is the single most important step the world can take to ensure temperature rise is limited to 1.5 degrees.

“Cities stand to gain most from phasing out coal:  clean air; green outdoor spaces; healthier people.  Many of your residents are suffering and dying prematurely because of coal pollution in several cities around the world.  By 2030, at least 80 per cent of power generation in cities should be from renewable energy sources.

“Buildings are responsible for over a third of global energy consumption.  To keep the world’s 1.5-degree goal within reach, emissions from buildings must fall by 90 per cent by mid-century, compared with 2010 levels.”

“Adaptation cannot be the neglected half of the climate equation.  The impacts of climate change are here and will grow,” he warned.  “We need to protect the most vulnerable neighbourhoods and communities.  Climate risks must be integrated into all decision-making around infrastructure.”

Mr Guterres explained the COVID-19 pandemic is a global catastrophe.  But investment in recovery is a “generational opportunity to put climate action, clean energy and sustainable development at the heart of cities’ strategies and policies”.