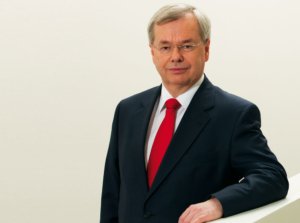 Munich Re has warned that the long term effects of climate change are “already being felt” as the past twelve months saw a total of 820 natural catastrophes.

Natural catastrophes cost the global economy US$ 150 billion, which is broadly in line with the inflation-adjusted average of the past 30 years.

It has prompted a warning from Torsten Jeworrek (pic) Member of the reinsurer’s Board of Management.

“The severe cyclones in 2019 have highlighted the importance of knowledge about changes in risk. Natural climate variations influence weather catastrophes from year to year. Longer-term climate change effects can already be felt and seen. Buildings and infrastructure must be made more resistant in order to reverse the increasing trend in losses. This will enable insurance to be more effective and support the remaining financial losses.”

The report highlighted that of the economic cost a smaller portion of losses were insured compared with 2018: about US$ 52 billion. This was due, among other things, to the high share of flood losses, which are often not insured to the same extent as wind damage in most industrial countries.

“The insured portion of overall losses, slightly above 35%, matches the average of the past ten years,” it added. “This is evidence that large sections of the market remain uninsured, especially in emerging and developing countries.

Last year’s typhoon season was again, as in 2018, subject to the “El Niño Modoki” effect, a particular phase of natural climate oscillation, which causes variations in water temperatures in the tropical Pacific Ocean, said the report. Under these conditions, typhoons steer more frequently towards Japan. All in all, the typhoon season in the northwest Pacific was close to the long-term average in terms of the number of storms.

Ernst Rauch, Chief Climate and Geoscientist at Munich Re, said: “The typhoon season shows that we must consider short-term natural climate variations as well as long-term trends due to climate change. In particular, cyclones are becoming more frequently associated with extreme precipitation, as with Hagibis in Japan in 2019 and Hurricane Harvey in 2017 in the US. Recognising these changes can form the basis for further preventive measures to reduce losses.”

The strongest hurricane of the Atlantic season, Dorian, caused catastrophic damage in the Bahamas. The category 5 hurricane hit the Abaco Islands in the north of the island state on 1 September with wind speeds of about 290 km/h. From there, the storm moved to the neighbouring island of Grand Bahama and stalled there for one and a half days while maintaining extreme wind speeds. Buildings, infrastructure, yachts and ships were completely destroyed in many areas.

Originally, it was feared that Dorian would also hit the southeast coast of the US, but a more northerly and easterly track largely spared the US mainland. Dorian caused overall losses of about US$ 5.6bn, with only a small portion of these losses affecting the US. Insured losses came to about US$ 4bn.

The number of three major hurricanes (category 3–5) in the Atlantic in 2019 was close to the long-term average (2.7). However, the number of named storms (18) significantly exceeded the average (12). Losses were relatively low, however, as the strongest storms remained over the ocean or missed the US mainland. Overall losses in the US during the 2019 hurricane season were US$ 3 billion, of which US$ 2 billion were insured.

Due to the lack of severe hurricanes, the US share of global natural catastrophe losses was lower than usual (31% of overall global losses compared with the long-term average of 35%). The US thunderstorm season brought slightly more tornadoes than the long-term average. A strong snowmelt followed by a series of thunderstorms in March and May triggered severe flooding in the Midwest and other areas along the Mississippi. Overall losses from these events were about US$ 24 billion, with about US$ 14 billion in insured losses.