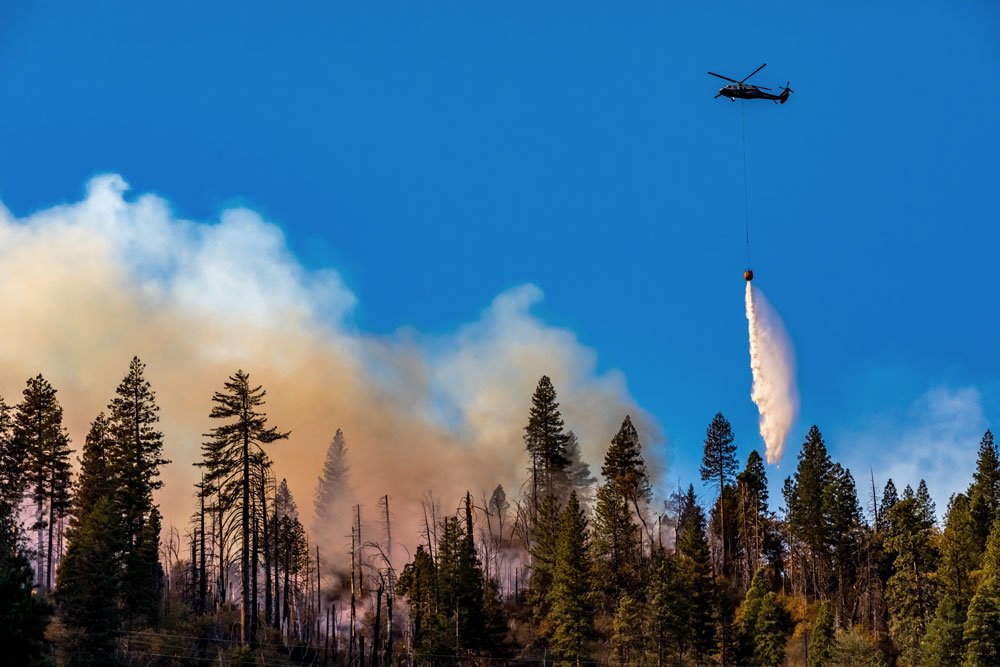 More than twice as many acres burned in the first six months of this year in California as a result of wildfires than during the same period last year, with hundreds more fires, according to official reports.

June saw a series of destructive blazes that swept through rural counties at the northern edge of the state, fuelled by a historic Pacific Northwest heat wave that has already seen record temperatures.

About 4,600 fires scorched 74,000 acres across the parched state between 1 January and 4 July, compared with roughly 3,800 fires and 31,000 acres during the same time in 2020, the California Department of Forestry and Fire Protection said. Those numbers do not include losses from fires over the last week.

Underwriters should brace themselves for more to come as July is already shaping up to be worse, however.

The Sugar fire had spread to 83,256 acres as of Sunday, making it the largest so far this year in California. Flames swept into the small town of Doyle, destroying homes and other structures. Sparked by lightning in the Plumas National Forest, it has forced 3,000 to flee their homes in Plumas and Lassen counties.

The California dryness has enabled some of the state’s recent blazes, such as the Salt fire, to spread so quickly and cause so much destruction. It has already burned through more than 12,600 acres and destroyed more than two dozen homes

The news comes after months of forecasts about what the 2021 wildfire season may bring. Officials said the increased activity is being driven by hot, dry conditions that have plagued much of the West Coast for weeks, while scientists noted that shifting jet streams and the state’s unique topography are also contributing to the earlier and more frequent conflagrations.

“California is now in a new climate,” said Dr Noah Diffenbaugh, a specialist in climate at Stanford University.

“We are in a climate now where essentially; all of our years are warm years. We are getting these very severe heat waves as a result. We are getting rapid snow melt that means that water supply that we have counted on in the past is much less reliable and the vegetation is much drier,” he added.

Diffenbaugh believes the wildfire risk is elevated and that the heat wave which has been hitting the Pacific Northwest is proof of that.

“We found for example that the autumn wildfire season is becoming much more severe and about a doubling of the frequency of wildfire weather during the autumn season and that is primarily from the warming,” he said.