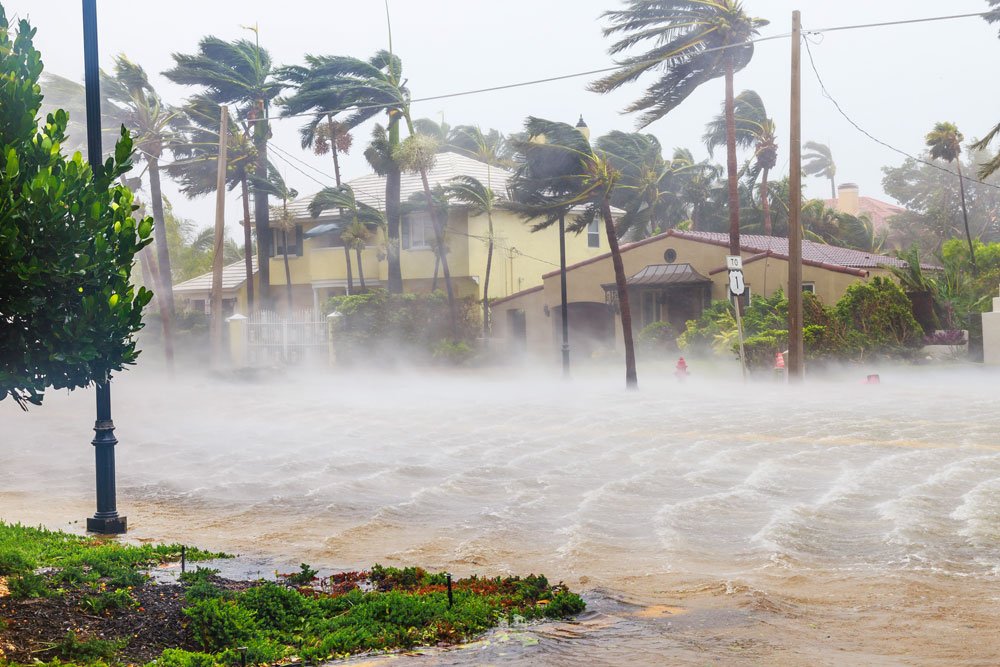 In the same week that the United States announced it will double its spending to $1 billion on preparations for extreme weather as part of the battle against climate change, forecasters with the US National Oceanic and Atmospheric Administration’s (NOAA) Climate Prediction Center predict a 60% chance of an above-normal season.

The Atlantic hurricane season runs from 1 June to 30 November. This year a range of 13 to 20 named storms, which have winds of 39 mph or higher are expected, according to the NOAA. Of those, six to 10 could become hurricanes with winds of 74 mph or higher. Three to five of these may become major hurricanes that fall under Category 3, 4 or 5 and have winds of 111 mph or higher.

Last month, NOAA updated the statistics used to determine when hurricane seasons are above, near or below-average relative to the latest climate record. Based on this update an average hurricane season produces 14 named storms, of which 7 become hurricanes, including 3 major hurricanes.

El Nino Southern Oscillation (ENSO) conditions are currently in the neutral phase, with the possibility of the return of La Nina later in the hurricane season. “ENSO-neutral and La Nina support the conditions associated with the ongoing high-activity era,” says Matthew Rosencrans, lead seasonal hurricane forecaster at the NOAA’s Climate Prediction Center.

Despite the current predictions, the NOAA has so far refused to be drawn on the extent to which climate change is affecting the season. For example, in a 2019 note, it said that most models agree that climate change through the 21st century is likely to increase the average intensity and rainfall rates of hurricanes in the Atlantic and other basins. However, it also said that models are less certain about whether the average number of storms per season will increase or decrease:

“Early modelling raised the possibility of a significant future increase in the number of Category 4 and 5 storms in the Atlantic. While that remains possible, the most recent high-resolution modelling provides mixed messages: Some models project increases in the number of the basin’s strongest storms, and others project decreases.”

“Although NOAA scientists don’t expect this season to be as busy as last year, it only takes one storm to devastate a community,” says Ben Friedman, acting NOAA administrator. “The forecasters at the National Hurricane Center are well-prepared with significant upgrades to our computer models, emerging observation techniques, and the expertise to deliver the life-saving forecasts that we all depend on during this, and every, hurricane season.”

Forecasters at the National Hurricane Center say they are also now using an upgraded probabilistic storm surge model — known as P-Surge — which includes improved tropical cyclone wind structure and storm size information that offers better predictability and accuracy. This upgrade extends the lead time of P-Surge forecast guidance from 48 to 60 hours in situations where there is high confidence.

The forecast of an above-average Atlantic hurricane season comes as the United States is set to double its spending to $1 billion on preparations for extreme weather and other natural disasters as part of the battle against climate change, the White House said this week.

It issued the statement just ahead of President Joe Biden’s planned visit to the Federal Emergency Management Agency (FEMA) to be briefed on the 2021 hurricane season.

The $1 billion will help communities prepare for hurricanes, floods and wildfires, with a portion allotted specifically to disadvantaged communities, the White House said.

It said the United States had 22 separate weather- and climate-related disasters in 2020 costing a total of nearly $100 billion in losses.

The administration said it would develop and deploy “next generation climate data systems” through NASA to help track the impact of climate change and help forecast and monitor natural disasters to help prepare for them.

Indeed, last year’s record-breaking season serves as a reminder to all residents in coastal regions or areas prone to inland flooding from rainfall to be prepared for the 2021 hurricane season, according to FEMA.

“With the hurricane season starting on June 1, now is the time to get ready and advance disaster resilience in our communities,” says FEMA Administrator Deanne Criswell.

“Now is the time for communities along the coastline as well as inland to get prepared for the dangers that hurricanes can bring,” added Secretary of Commerce Gina Raimondo in a statement. “The experts at NOAA are poised to deliver life-saving early warnings and forecasts to communities, which will also help minimize the economic impacts of storms.”

Despite the current predictions, the NOAA has so far refused to be drawn on the extent to which climate change is affecting the season. For example, in a 2019 note, it said that most models agree that climate change through the 21st century is likely to increase the average intensity and rainfall rates of hurricanes in the Atlantic and other basins.