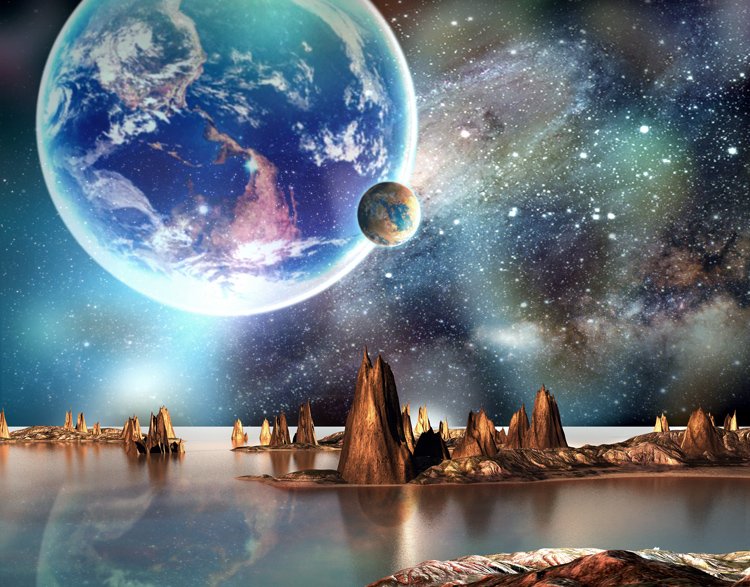 The majority of Britons believe that world governments will fail to deal with climate change and that to survive humans will need to find another planet to inhabit.

Following the recent damning report from the United Nations on the threat of global warming, a new study found that eight in ten Britons (82 percent) think it’s the biggest challenge facing planet Earth today. It added that 62 percent of Britons think the devastating effects of climate change will force us to find another planet to inhabit.

Almost three quarters (73 percent) believe that the World’s governments will fail to deal with the causes of global warming and prevent irreversible damage to the planet. Indeed 79 percent of Brits are worried that we’ll very soon be past the point of no return, and that wildfires, extreme weather and mass extinction of animal and plant species will soon become the norm.

With humans on earth potentially having no option other than trying to find another planet where we might be able to rebuild society, the average Brit believes that colonisation of Mars is likely to happen within the next 40 years.

In fact, the study by Universal Pictures to launch The Wonderful: Stories From The Space Station, found that three in ten Britons (31 percent) predict there will be a new “space race” between nations and private companies to become the first to land a manned spacecraft on Mars. And 16 percent of Britons predict that during the next 50 years, space travel will be as affordable as long-haul holidays here on Earth.

The study, which comes after the Met Office warned that climate change is already being felt across the UK, also found that 16 percent of us would jump at the chance to volunteer to travel into space and start life on a new planet.

Of those questioned 45 percent of those who’d like to be a space colonisation pioneer said they’d do it for the adventure, 29 percent would go into space to help others in the future, while 22 percent they’d be motivated by the fact that we’ve ruined Earth and need to find another planet fast.

It was also revealed that one in five Britons (21 percent) didn’t realise that there are astronauts currently working in space within the International Space Station.

In fact almost half of Brits (47 percent) see the International Space Station as a great example of how nations can work together for the benefit of all mankind.

Astronaut and former ISS crewmember, Bill Shepherd commented: “The International Space Station and the partnership that sustains it have shown we can work together to do extraordinary things. Our space explorations continue to reveal invaluable knowledge about ourselves, our planet, and the universe we live in. The ISS is about collaboration among nations. It’s the key to improving life on Earth, and the cornerstone of our emerging ability to travel, work, and live away from the home planet– as we become a spacefaring civilization.”

The study also revealed the factors which the nation believes to be most important to mankind’s survival, with stopping deforestation (69 percent) at the top of the agenda, followed by renewable energy research (67 percent) and cutting back on car and plane journeys (49 percent).

With humans on earth potentially having no option other than trying to find another planet where we might be able to rebuild society, the average Brit believes that colonisation of Mars is likely to happen within the next 40 years.