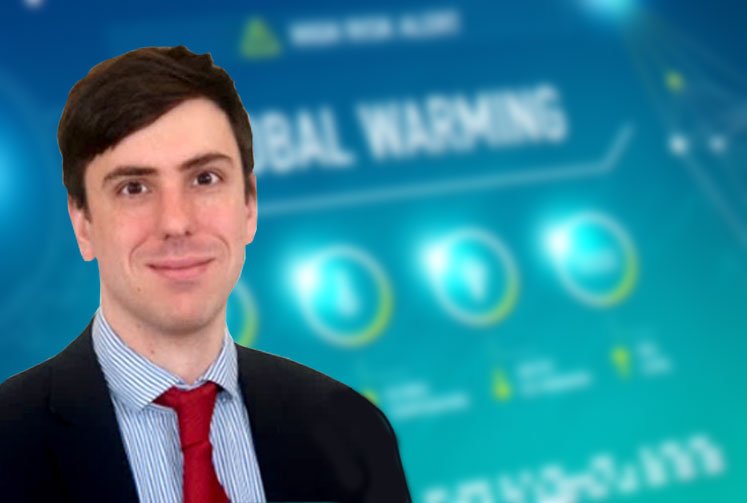 As the build up to the COP26 climate summit gathers momentum, Mark Spencer, Accounting Advisory Leader, Financial Services, at consultancy and accountancy firm BDO, explains how financial services firms and proposed new global standards on climate reporting and disclosure will be at the heart of tackling climate change.

The issue of climate change remains a significant threat to the planet and the way we and our children will live both now and in the future.

The world is waking up to the need for action to tackle climate change and the UK government’s work to ensure financial services firms meet the requirements of the Task Force on Climate-related Financial Disclosures (TFCD) has put the spotlight on the sector given the huge role it plays across the economy. Under the requirements firms must examine the risks that climate change poses to their governance, strategy, risk management and their metrics and targets and then report on these.

For banks, insurers, and asset management firms the issues are far wider than the level of greenhouse gases their buildings produce. Banks lend to businesses to support their operations and this can include companies whose actions and products negatively impact the climate. Insurers will offer insurance coverage for such businesses and some of the world’s biggest investors will invest their premium income in companies that are deemed to be harming the environment.

Times are changing and so are the perceptions of governments, regulators, shareholders, and the customers of the financial institutions themselves. However, the onus is not only on financial institutions to fix the issue, hence the decision in the UK to roll out the TFCD requirements to a far wider range of businesses to ascertain their impact on the fight to halt climate change. Regulators have picked up the baton and are becoming more prescriptive and are demanding greater clarity from firms when it comes to reporting their performance when it comes to climate change.

While the requirement for TFCD disclosures is being expanded in the UK, globally there is movement to create consistency in the way climate reporting is carried out and disclosures are made. The IFRS Foundation has been charged with the creation of a global standard for reporting on climate-related risks amongst a set of standards for sustainability more generally and it looks likely to oversee the creation of a sustainability standards board.

The choice of the IFRS Foundation is a natural one given its experience of the creation of global accounting standards. Accountancy is a prime example in which the IFRS Foundation has successfully created a set of standards that have been adopted internationally and replaced the patchwork of regulations that hindered the ability to take a holistic view of a firm’s performance. In a similar way, non-financial reporting standards are currently a patchwork of inconsistent requirements, which do not result in the provision of information that capital markets and others require.

It is not just the regulators who are becoming increasingly concerned with climate risk, shareholders, employees, and customers are demanding to know how a firm is performing.

Financial services firms will be at the forefront of the ongoing efforts on reporting and disclosure. The reasons are twofold.

Firstly, it is the second order effects of the business they do and how that translates into the role they play in the wider economy given the support they provide to businesses across all disciplines. Secondly it is their performance against the requirements of the TFCD that will act as a benchmark on which the efforts of others will be judged.

It is clear there needs to be a greater ability for accurate comparison of firms’ climate risks and their efforts to mitigate those risks. On the first point and by way of example, for insurers there remains the issue of how to manage the relationship with longstanding customers which are now deemed to be harming the environment.

As we have seen in recent months there have been several insurance and reinsurance entities that have announced they will cease underwriting thermal coals risks after a set date as they look to move to a net zero operation model. While the option to discontinue those risks is available there may well be those who take the view that they are willing to assume the risks, but at a premium that would disincentivise firms to acquire their cover by charging a premium that reflects the nature of the risk.

The question is whether that additional premium could be invested in initiatives that would benefit the efforts to reduce the impact of climate change?

While the climate disclosure regime will form part of the firm’s future annual reporting requirements, it is highly likely that it will require additional transparency around the numbers to provide a more holistic view of the effort and their impact on the business.

The four pillars of the TFCD requirements: governance, strategy, risk management, and metrics and targets, will all need to be evidenced in the short-term until future reporting standards come into effect. They will have a vital role to play in a firm’s response to a regulatory regime which will only become more rigorous as governments seek to define a more sustainable recovery from the COVID- driven global recession.

The world is waking up to the need for action to tackle climate change and the UK government’s work to ensure financial services firms meet the requirements of the Task Force on Climate-related Financial Disclosures (TFCD) has put the spotlight on the sector given the huge role it plays across the economy.

0
SHARE:
UK government says autonomous vehicles could be on roads by year-end