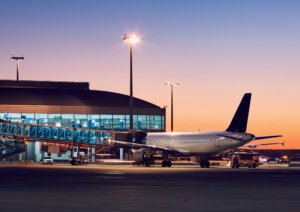 The management of airports across the world fear that climate change risk will become their biggest exposure in years to come.

Broker Willis Towers Watson invited members of its Airport Risk Community (ARC), to a conference in London at which they sought to define the top 20 risks faced by airport operators

Eighty six percent of the audience felt that airports are either very exposed or somewhat exposed to climate risk with 48 percent highlighting flooding as their main weather risk.

John Rooley, CEO, Willis Towers Watson Global Aerospace, said “We established the Airport Risk Community to identify top risks affecting the airport community. Our recent annual conference clearly demonstrated that airport clients were quite specific in their concerns about climate risk and its impact on airport functionality. Our commitment to tackling climate risk enables us to provide guidance on identifying and mitigating this issue.”

Speaker at the event Javier Echave, CFO Heathrow Airport Holdings, outlined Heathrow’s carbon neutral strategy stating: “Aviation is not the enemy, carbon is … together with ICAO and UK authorities we must develop a roadmap for the uptake of sustainable fuels across our industry.”

During the event the ARC audience were asked to re-rank the top 20 risks as identified by C-Suite Airport executives from research carried out in 2016. The audience indicated the greatest risks to their business by scoring each risk from 1-5. Based on the audience’s ratings, Willis Towers Watson were able to assess the 2019 top 20 risks facing the airport community, with these findings determining the Airport Risk Community’s agenda into 2020.

Ugo de Carolis, CEO of Aeroporti di Roma said: “As the aviation industry continues to grow, the risks increase, therefore the need for discussion and knowledge sharing is paramount to support and build a stronger and more resilient aviation industry.”

Other risks identified as of key concern in 2019 as in 2016, were the failure of critical IT systems, which were viewed as the top risk, as well as an increased security threat from cyber and data privacy breaches. The risk from drones and the corresponding threat to an airport’s reputation were also new entrants. Security issues were the largest mover in the top 20, in 2016, ranked 19 out of 20, and now featuring at number four.