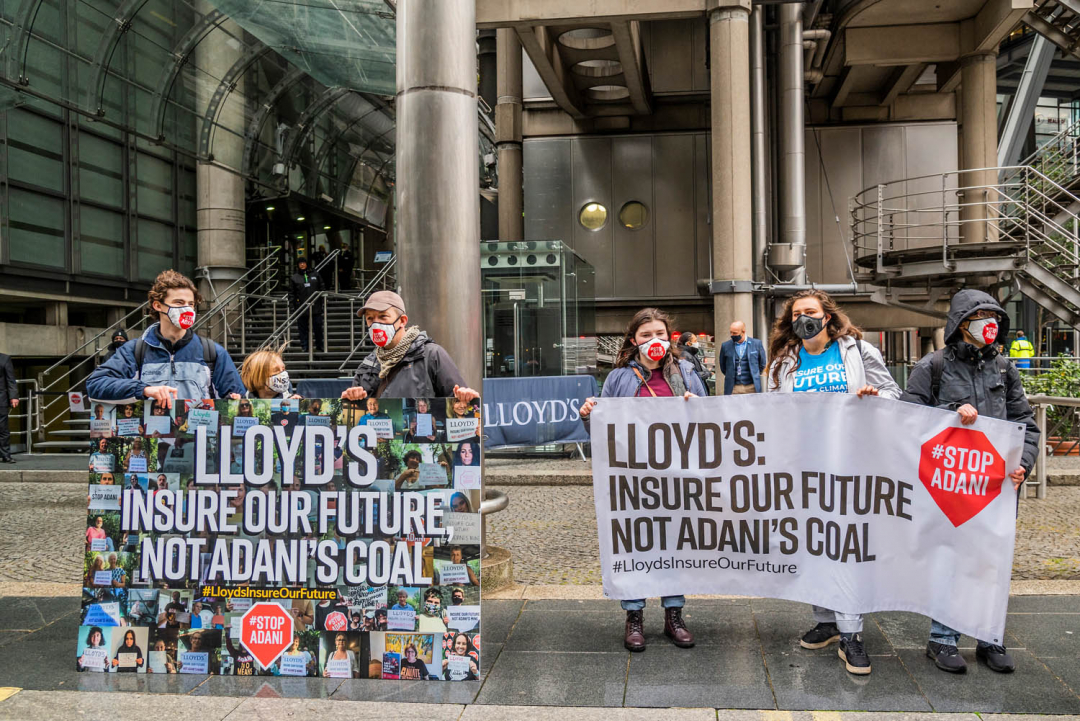 A global coalition of NGOs and social movements that is pressuring insurance companies to get out of the coal, oil and gas business and support the transition to clean energy is stepping up its pressure on the Lloyd’s market.

Insure our Future has launched a website calling on Lloyd’s to strengthen its ESG policy and stop insuring coal and new oil and gas projects that exacerbate climate change and urged the market’s chairman to pay as much attention to climate change and he does to the game of cricket.

Lindsay Keenan, European Campaigner, Insure Our Future, says: “Bruce Carnegie-Brown, the chairman of Lloyd’s Council, has the responsibility to set fossil fuel exit policies for the Lloyd’s market that align with the Paris Agreement. He has not done so. Instead, Lloyd’s continues to tout its weak ESG policy while supporting fossil fuel projects that more responsible insurers have dropped due to their climate impact. Carnegie-Brown should focus less on cricket and more on showing real leadership on Lloyd’s climate policy.”

The cricket reference is in relation to Mr Carnegie-Brown’s election to become the Chairman of the MCC later this year.

The groups said the site, Lloydsinsureourfuture.com “provides a gateway to action for the growing global network of organisations and individuals, including Lloyd’s own staff, who want Lloyd’s to stop insuring the world’s worst fossil fuel projects and remove the gaps and loopholes in its ESG policy”.

“The website specifically provides information and guidance for concerned staff at Lloyd’s market who are encouraged to speak up to help Lloyd’s transform from a laggard to a climate leader,” it said in a statement.

The website also details examples of projects known to be insured at Lloyd’s that are not compatible with achieving the goals of the Paris agreement.

“These projects include the Adani Carmichael coal mine, Trans Mountain tar sands pipeline, coal mining in Poland and exploratory oil drilling in The Bahamas,” added Insure Our Future.

The group called on Lloyd’s to improve its ESG policy by delivering the following in 2021:

Clyde & Co: companies must face up to regulatory demands of a low carbon...
Scroll to top