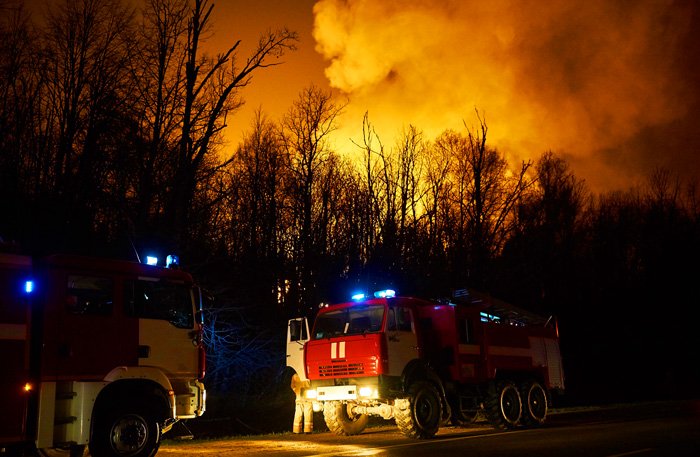 Thousands of fire personnel have continued this week to battle the month-old Dixie Fire, which is burning primarily in Butte, Plumas and Lassen counties in California.

The blaze has burned 604,511 acres (944 square miles), with containment stalled at 31%, the Californian Department of Forestry and Fire Prevention (Cal Fire), reported in its latest update.

The Dixie Fire is the largest of nearly 100 significant wildfires burning across more than a dozen western US states that have seen historic drought and weeks of high temperatures and dry weather that have left trees, brush and grasslands as flammable as tinder.

Climate change has made the region warmer and drier in the past 30 years and will continue to make the weather more extreme and wildfires more destructive, according to scientists.

Indeed, according to Cal Fire, the Dixie fire grew 35,000 acres between Monday and Tuesday as it expanded north deeper into Lassen County.

The Lassen County Sheriff’s office issued a series of new evacuation orders, most recently for the Janesville area west of Highway 395.

In an incident report, Cal Fire said winds earlier in the week created “intense fire activity” across the blaze.

The Fly Fire started on 22 July and was managed under the Dixie Fire East Zone command as the two fires eventually merged into one.

The continuing drought, combined with dry, hot weather and strong winds, has resulted in very active fire behaviour ­– and has caused concern to utility companies.

Pacific Gas & Electric (PG&E) warned that it might cut off power to 48,000 customers in parts of 18 California counties from Tuesday evening through Wednesday afternoon to prevent winds from knocking down or hurling debris into power lines and sparking new wildfires.

Investigations are continuing, but PG&E has notified utility regulators that the Dixie and Fly fires may have been caused by trees falling into its power lines.