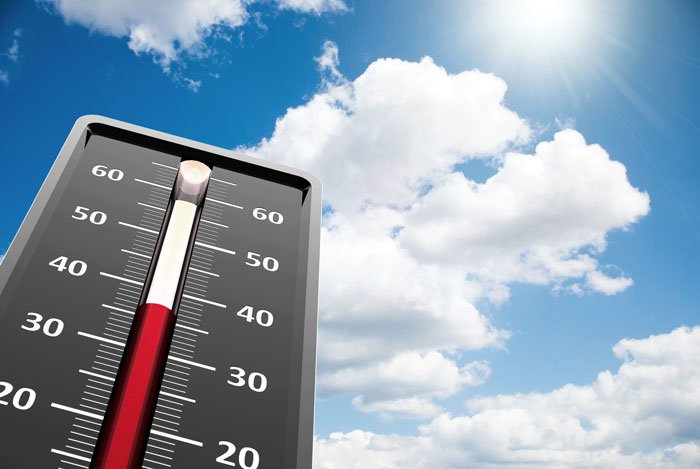 Despite the impact of COVID on global CO2 emissions 2020 was the hottest year on record according to a new scientific study.

Greenhouse gases and global sea levels both reached record highs in 2020—as the planet sweltered in a near-record warm year according to the 31st annual State of the Climate report, by the American Meteorological Society.

The annual review of the world’s climate, led by scientists from NOAA’s National Centres for Environmental Information was based on contributions from more than 530 scientists in over 60 countries.

The society said it provides the most comprehensive update on 2020’s global climate indicators, notable weather events and other data collected by environmental monitoring stations and instruments located on land, water, ice and in space.

It found Earth’s greenhouse gases were the highest on record. The major atmospheric greenhouse gas concentrations, including carbon dioxide (CO2), methane (CH4) and nitrous oxide (N20), rose to a new record high during 2020.

“Despite a global pandemic that slowed economic activity around the world, the global annual average atmospheric CO2 concentration was 412.5 parts per million (ppm),” stated the report. “This was 2.5 ppm greater than 2019 amounts and was the highest ever measured in both the modern 62-year record as well as in ice core records dating back as far as 800,000 years.”

The annual average atmospheric methane concentration was also the highest on record, and the year-over-year increase of 14.8 parts per billion was the highest since measurements began.

Global sea level was the highest on record. For the ninth consecutive year, global average sea level rose to a new record high and was about 3.6 inches (91.3 mm) higher than the 1993 average—the year that marks the beginning of the satellite measurement record.

“Global sea level is rising at an average rate of 1.2 inches (30 mm) per decade due to changes in climate, primarily warming oceans and the melting of glaciers and ice sheets,” the report added. “Annual global surface temperatures were 0.97–1.12 degrees F (0.54–0.62 of a degree C) above the 1981–2010 average, depending upon the dataset used.

“This places 2020 among the three-warmest years since records began in the mid- to late 1800s, and the warmest year on record without an El Nino. “

According to the study the last seven years (2014–20) were the seven warmest years on record, and the global average surface temperature has increased at an average rate of 0.14 of a degree F (0.08 of a degree C) per decade since the start of the record.

“This was the seventh straight year with an annual temperature more than 1 degree C higher than the 1981–2010 average,” said a spokesman. “In Antarctica, extreme warmth was notable during its summer season. On February 6, 2020, Esperanza Station reached 64.9 degrees F (18.3 degrees C), the highest temperature ever recorded on the continent, surpassing the previous record of 62.9 degrees F (17.2 degrees C) set in 2015.

“The globally averaged 2020 sea surface temperature was the third highest on record, surpassed only by 2016 and 2019, both of which were associated with El Niños.

“There were 102 named tropical storms during the Northern and Southern Hemisphere storm seasons, well above the 1981–2010 average of 85. Three tropical cyclones reached Saffir–Simpson scale Category 5 intensity.

The annual average atmospheric methane concentration was also the highest on record, and the year-over-year increase of 14.8 parts per billion was the highest since measurements began.