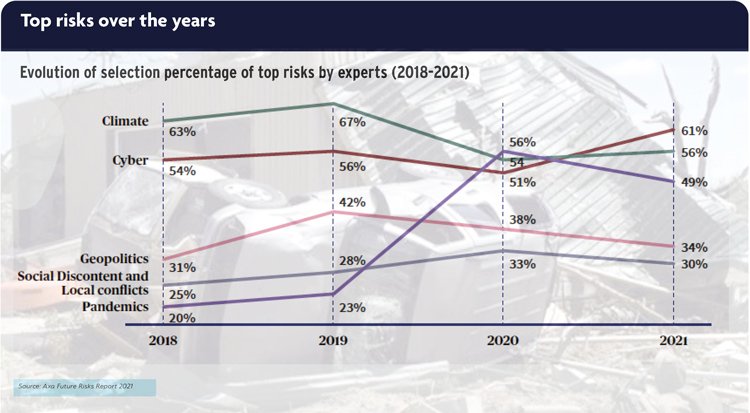 Climate campaigners have called on insurers to do more on climate change after Axa’s latest risk report said it was viewed as the number one threat by risk managers across the world.

The report found the threat from climate change has overtaken the COVID pandemic as the biggest risk in the eighth issue of the insurer’s Future Risks Report which polled over 23,000 people globally.

The study measured and ranked the evolution of the perception of emerging risks as seen by a panel of risk management experts as well as by public opinion.

While climate change risks topped the global ranking, awareness is highest in Europe, where experts and the public once again placed the risk at the top of the list.

However, it came third in Asia and the Middle East and only in fourth in Africa, where the pandemic remains the main concern. The study revealed a strong concern about cyber risk in a context still marked by the acceleration of the digital transformation and the explosion in the number of cyber-attacks.

The findings within the report prompted a reaction from climate groups who said if there was an awareness of the threat from climate change within the industry it needed to start to do more about tackling it.

Lucie Pinson, founder and director of Reclaim Finance, said: “According to Axa’s new report, the world’s insurance professionals consider climate change the biggest future risk to society. While this is welcome, such statements are meaningless if they don’t result in changes in the insurers’ business strategies. Axa, in particular, needs to live up to its climate commitments by ending all support for new oil and gas expansion projects in the climate policy which the company is currently preparing.”

Her views were backed by Peter Bosshard, global coordinator of the Insure Our Future campaign.

“Axa CEO Thomas Buberl has welcomed the insurance professionals’ concern about what he terms the ‘climate emergency’ as good news,” he explained. “The French insurer has no credibility in warning about a climate emergency as long as it remains a leading insurer of new oil and gas expansion projects.”

In the report Buberl said: “The first lesson we take from this edition is that climate change is back at the top of the agenda. This is good news, since last year we feared that the explosion of health risks may overshadow the climate emergency.

“Again, European respondents – both experts and the general public – place the strongest focus on climate change as a top priority. These are positive signals in the run-up to the COP 26 in Glasgow.

“The second lesson of this report is the strong increase in cyber risk. With the massive use of digital solutions during lockdowns, we have seen an explosion in the number of cyber-attacks, sometimes with serious consequences for companies and administrations. For the first time, this risk has taken the top spot in the United States and the second place in all other geographies. This risk is here to stay, so prevention and innovation will be key to building collective resilience.”

On climate the report said the world must be willing to act now to prevent irreversible damage, in spite of the unknown variables and risks.

“Among experts, climate change has returned to the top spot after having been briefly displaced by pandemics as the #1 risk last year,” it added. “Both experts and the public agree that governments are underprepared to face climate change, with just 19% of experts expressing faith in public authorities to mitigate the climate crisis. Environmental policy accords between governments worldwide are necessary to open new doors and enable the private sector to take more risks in leading the climate mitigation agenda.”

Axa called on the private sector, insurers and governments to work more closely together on cyber security.

“The pandemic accelerated the digitalisation of nearly all economic activities,” the report explained. “This led to heightened cyber risks, from cyber-attacks by private criminal organisations to acts of cyber war by nation states.”

In the report the percentage of experts selecting cyber security among their top five risks has increased from 54% in the 2018 survey to 61% this year. Only 26% of risk experts said they believed that governments are prepared for cyber security risks, a figure that has not improved since the question was first asked in 2019. 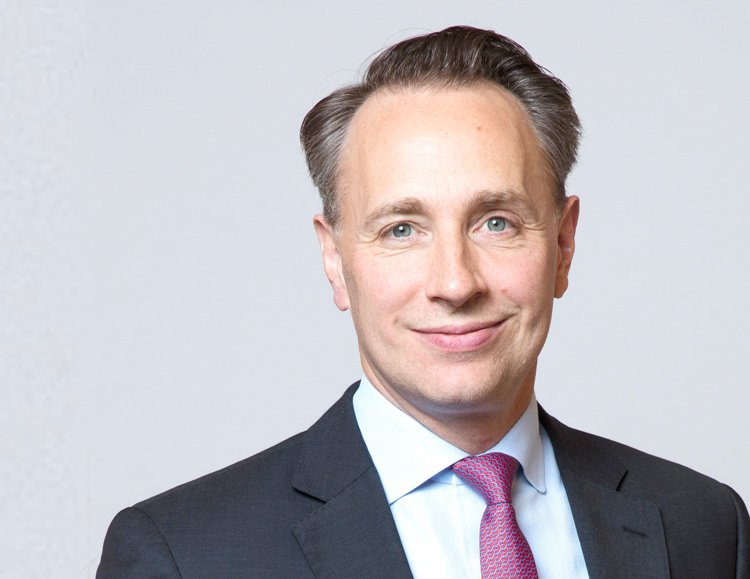 “With the massive use of digital solutions during lockdowns, we have seen an explosion in the number of cyber-attacks, sometimes with serious consequences for companies and administrations. For the first time, this risk has taken the top spot in the United States and the second place in all other geographies. This risk is here to stay, so prevention and innovation will be key to building collective resilience.”