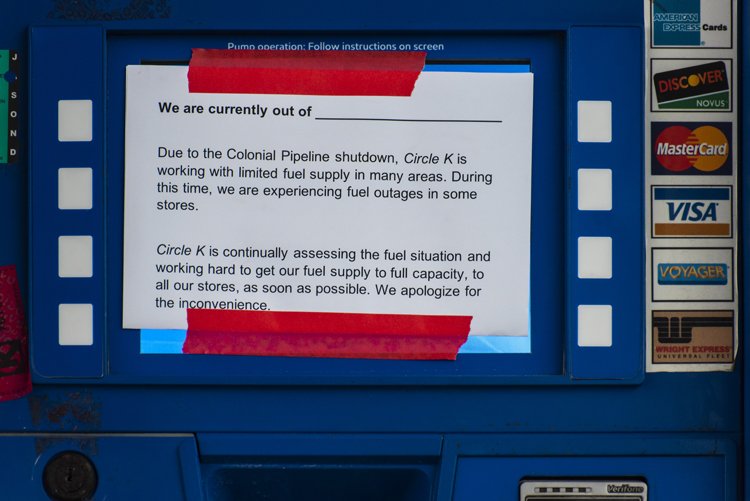 US operator Colonial Pipeline, the subject of one of the most ever disruptive and high profile cyber-attacks, has said lines are now fully operational.

However, the company added, it will take some time for supplies to recover fully from the cyber-attack that left thousands of gas stations without fuel.

Last week’s closure of Colonial Pipeline’s 5,500-mile (8,900-km) system was the most disruptive cyberattack on record, preventing millions of barrels of gasoline, diesel and jet fuel from flowing to the East Coast from the Gulf Coast.

The ransomware attack came just ahead of the Memorial Day holiday weekend at the end of May, the traditional start of peak-demand summer driving season.

The Southeast bore the brunt of the outage, as the region is almost entirely without refineries.

According to reports, panic buying caused 90% of fuel stations in Washington, DC to run out. Outages in North Carolina fell to about 50%, and outages in South Carolina, Georgia and Virginia were under 50%, GasBuddy said.

The national gas price on Monday rose to $3.045 a gallon, the highest since October 2014, according to data from the American Automobile Association.

This week the FBI officially confirmed that DarkSide was responsible for compromising Colonial Pipeline’s networks, saying that it was continuing to work with the firm and other government agencies on the investigation.

During a speech about the economy at the White House on Monday, US President Joe Biden said that he was being “personally briefed” on the situation with the pipeline each day.

Biden said that the US government was concerned about this aspect of the cyber-attack.

“I’m gonna be meeting with President Putin and so far, there is no evidence, based on our intelligence people, that Russia is involved,” he said.

“Although, there’s evidence that the actors’ ransomware is in Russia – they have some responsibility to deal with this.”

DarkSide posted a statement on its website on Monday, describing itself as “apolitical”.

“We do not participate in geopolitics, do not need to tie us with a defined government and look for… our motives,” the group said.

The group also indicated it had not been aware that Colonial was being targeted by one of its affiliates, saying: “From today, we introduce moderation and check each company that our partners want to encrypt to avoid social consequences in the future.”