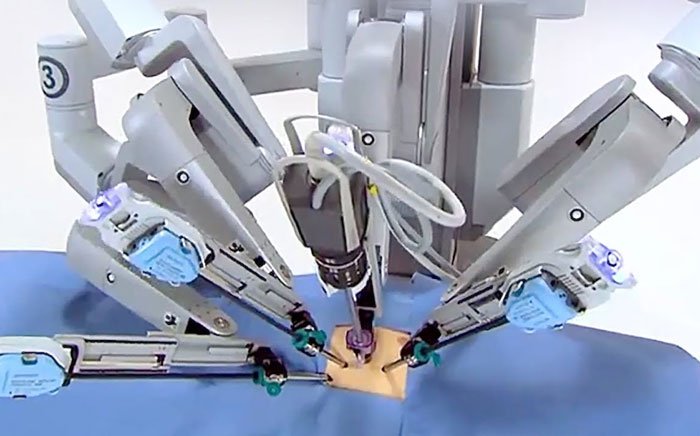 Researchers from four European universities have begun work to develop a new generation of robots that will be able to carry out complex and detailed surgical procedures.

The Functionally Accurate RObotic Surgery (FAROS) team are developing surgical robots that access a broad range of sensing capabilities to master complex surgical tasks autonomously. Researchers say these robots will incorporate senses comparable or even superior to humans by learning to sense through the tissue, they feel, listen, interpret and act.

At present, surgeons make optimal use of all their senses to master difficult operations. When visibility is poor, they locate anatomy by palpation or they hear the optimal moment to stop drilling.

The most advanced, semi-autonomous surgical robots function similarly to autopilots, following a pre-defined path solely based on medical image data.

However, when things get difficult, they lack non-visual sensing capabilities and the surgeon has to take over.

The FAROS robot will provide superior functional accuracy as surgeon-like autonomous behaviour with physical and cognitive intelligence will be enabled, heralding a turnaround in conventional robotics: the robot’s navigation systems will be equipped with widefield mapping, auditory and haptic sensors.

The FAROS is a consortium of  The four universities that made up the consortium are: KU Leuven in Belgium, which is coordinating the project and driving the work in non-visual sensing, Sorbonne University in France, via its ISIR laboratory (the Institute for Intelligent Systems and Robotics), King’s College London in the UK, which will lead the development of artificial intelligence, and Balgrist University Hospital in Switzerland, which will work interdisciplinary to bridge robotics, computer science and clinical research.

Tom Vercauteren, Professor of Interventional Image Computing at King’s College London, who is developing the Artificial Intelligence system for the robots, said while many attempts have been made towards improving the autonomous reasoning of surgical robots based on conventional sensors, a successful outcome has not been reached to date.

“FAROS takes a different path inspired by that seen in autonomous driving cars,” he added.

The new concept will initially be showcased and validated on complex spine surgeries.

Biden moves to restore US climate programme
Scroll to top