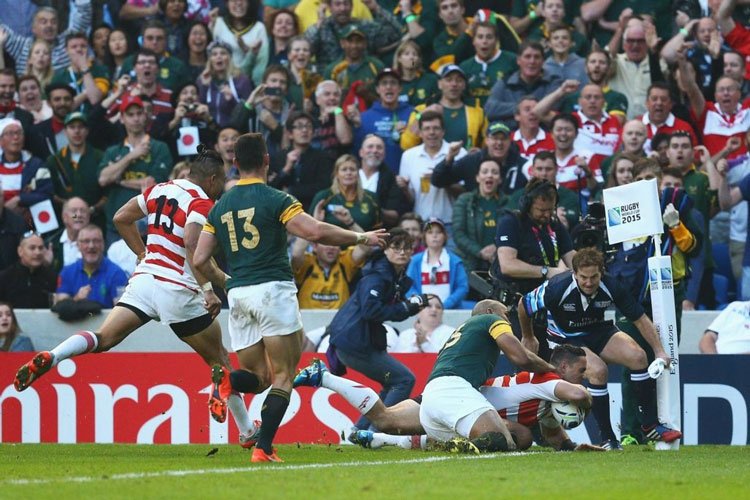 Researchers on both sides of the Atlantic have published new studies which add to the growing evidence of the long term effects of contact sports on the brain in professional athletes.

A team in the US has found that brain scans taken during the lifetimes of athletes in contact sports, compared to changes in their brains at autopsy, showed that white matter hyperintensities were associated with neuropathological changes. It comes as researchers at Durham University published a study which found that former professional rugby players are more likely to show signs of depression, anxiety and irritability compared to amateur rugby players and non-contact athletes, such as cricketers and runners, due to repeated concussions.

The team from the Boston University School of Medicine found markers of injury to the brain’s white matter, called white matter hyperintensities were more common in athletes who played contact sports longer or had more head impacts during their careers.

White matter hyperintensities are areas that appear bright on magnetic resonance imaging (MRI) scans. They are common in people as they age and with medical conditions like high blood pressure.

“Our results are exciting because they show that white matter hyperintensities might capture long-term harm to the brain in people who have a history of repetitive head impacts,” said study author Michael Alosco, of the Boston University School of Medicine. “White matter hyperintensities on MRI may indeed be an effective tool to study the effects of repetitive head impacts on the brain’s white matter while the athlete is still alive.”

The study involved 75 people who were exposed to repetitive head impacts and had reported symptoms. This included 67 football players plus eight other athletes in contact sports like soccer and boxing, or military veterans. Of the football players, each of whom played an average of 12 years, 16 athletes played professionally and 11 played semi-professionally.

All donated their brains to research after their death in order to advance research into the long-term effects of repetitive head impacts. Researchers then looked at medical records, including scans which were done while the athletes were still alive. Participants had scans taken of their brains, on average, at age 62. The average age of the athletes at death was 67.

Of the participants, 64% were judged to have had dementia prior to death. This was determined by a discussion with their loved ones. Autopsies showed that 53 people, or 71%, had chronic traumatic encephalopathy (CTE). CTE is a neurodegenerative disease associated with repetitive head impacts, including those from football, which can progress to dementia.

“There are key limitations to the study, and we need more research to determine the unique risk factors and causes of these brain lesions in people with a history of repetitive head impacts,” Alosco said.

In Durham a study led by a team of sport scientists revealed that former professional rugby players are more likely to show signs of depression, anxiety and irritability compared to amateur rugby players and non-contact athletes, such as cricketers and runners.

The retired elite rugby players who took part in the research suffered more concussions during their playing days than those in other groups and the researchers say this could be linked to their poor mental health later in life.

It found players who had suffered five or more concussions were almost twice as likely to report signs of depression, anxiety and irritability compared with players with fewer concussions. These players were also more likely to struggle with feelings of covert anger.

Signs of depression and irritability were also more common in rugby players who had suffered three or more concussions in their playing career compared to those who had experienced fewer concussions.

The study revealed that the former professional rugby players were more likely (1.8 to 2.9 times more likely) to suffer from sleep disruption compared to the amateur rugby players and non-contact athletes.

Like their American counterparts the scientists said further research is needed to explore if there is a direct neurobiological connection between repeated concussions and longer term psychological health and to investigate any possible links with the development of neurodegenerative disease.

In the study, 83 retired elite rugby players were compared with 106 age-matched amateur rugby players and 65 non-contact athletes. They were between 22 and 82 years old, with an average age of 47.

Research by the same team has previously shown that rugby players continue to suffer from their high physical “injury load” after retirement from the sport. In that study, concussion was the most common injury amongst rugby players which was most likely associated with reported longer term impact.

The study involved 75 people who were exposed to repetitive head impacts and had reported symptoms. This included 67 football players plus eight other athletes in contact sports like soccer and boxing, or military veterans. Of the football players, each of whom played an average of 12 years, 16 athletes played professionally and 11 played semi-professionally.