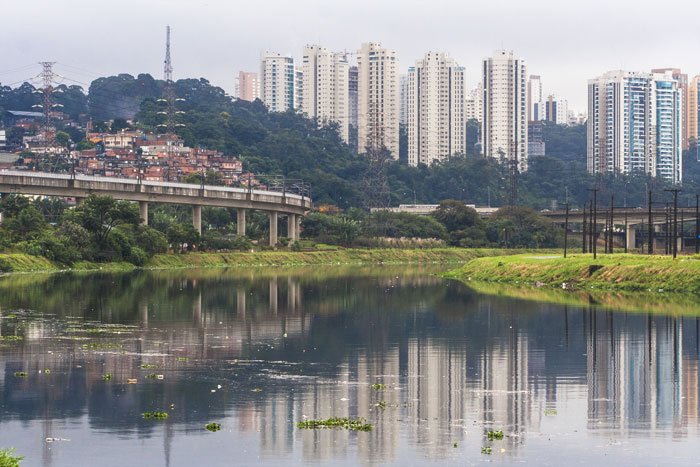 Asian cities are reeling under the threats of climate change and air pollution, according to a new report on the world’s most at risk cities.

Verisk Maplecroft has issued the first of its Cities@Risk series, ranking the world’s 576 largest urban centres on their exposure to a range of environmental and climate-related threats.

It reported 99 of the world’s 100 riskiest cities are in Asia, including 37 in China and 43 in India, with many facing a potential airpocalypse from poor air quality.

Jakarta tops the list as the world’s riskiest city, but across the globe 414 cities, with over 1.4 billion inhabitants, are deemed to be at high or extreme risk from a combination of pollution, dwindling water supplies, extreme heat stress, natural hazards and vulnerability to climate change. With rising emissions driving weather-related risk and populations growing in many cities across the developing world, the risks to citizens, real assets, and commercial operations are only going to rise, warns the report.

“Companies and investors with a focus on assets such as real estate cannot just pick up and relocate to a ‘safer’ city,” said Will Nichols the firm’s Head of Environment and Climate Change Research. “And given our analysis shows no cities are entirely risk free, it is vital that organisations conduct granular assessments of environmental risk so they are best placed to overcome disruption from chronic climate risks and significant natural hazard events.”

The global index, which draws on nine of the firm’s risk indices to evaluate the liveability, investment potential and operational risk landscape of cities with a population over 1 million, reveals that India has 13 of the world’s 20 highest risk locations. The capital, Delhi, is rated as the second highest risk city globally and is followed by the likes of Chennai (3rd), Agra (6th) and Kanpur (10th). Close behind are Jaipur (22nd), Lucknow (24th), Bengaluru (25th) and Mumbai (27th).

Pollution is the main threat to the health of the country’s huge urban populations, with Indian cities making up 19 of the 20 most at risk in our Air Quality Index. Noxious air caused almost one in five deaths in India in 2019, resulting in economic losses of $36 billion; meanwhile, water pollution is responsible for almost USD9 billion in annual health costs and causes 400,000 deaths each year.

The report warned Jakarta, is also plagued with dire air pollution, compounded by the perennial threats from seismic activity and flooding. It is also subsiding at such a rate that Indonesia’s president, Joko Widodo, is seeking to relocate the capital. A similar mix puts its Indonesian counterparts Surabaya and Bandung in 4th and 8th place respectively, while also contributing to Pakistan’s two most populous cities, Karachi (12th) and Lahore (15th), featuring in the top 20.

Outside Asia, the Middle East and North Africa (MENA) has the largest proportion of cities categorised as high risk. Extreme water stress and the impact of natural hazards, such as earthquakes, means populous Turkish and Iranian cities dominate the region’s worst-performing urban areas. And while Lima is the most at-risk city in the Americas – and the only non-Asian city in the top 100 – diverse threats in Mexico City, Santiago and Los Angeles leave them not too far behind. Meanwhile, the most at-risk cities in Europe score at a similar level to those in Africa, but they face a range of vastly different threats, highlighting the importance of exploring what’s driving those risks.

Examining the impact of natural hazards and the exposure of economies, populations and transport infrastructure. Asia is still most at risk, but the cities are different. Topping the list are flood-prone Guangzhou and Dongguan, followed by Osaka, Tokyo and Shenzhen, which face a host of threats from earthquakes to typhoons.

African cities’ low-risk scores stand out in comparison to those of major world cities, such as New York, London or Rio de Janeiro. Some MENA cities have a similarly low level of risk – the Abu Dhabi, Dubai and Sharjah emirates all face lower natural hazards risks than Helsinki, Europe’s least exposed city.

“Flooding and seismic risks are the key threats to Europe’s higher risk cities, which share a concentration of high value assets and infrastructure, a trait mirrored by major centres in Asia and the Americas,” added Nichols. “Typically, major cities in North America, Europe, China and Asia Pacific are also better placed to respond to and recover from natural disasters than their counterparts in Africa, MENA, Latin America or much of Asia, according to the data.”

Focusing on air and water pollution gives a more even spread of risk; at least outside Asia, which again is home to the highest risk cities in the graphic below.

“The ‘airpocalypse’ in urban areas across China and India is well documented, but high levels of water pollution go more under the radar,” added Nichols. “Together, China and India account for 286 million of the 336 million people living in cities at extreme risk for pollution; include high-risk cities and their total rises to 642 million.”

He added: “The significant danger for many cities is how climate change will multiply weather-related risks. Higher temperatures and the increasing severity and frequency of extreme events such as storms, droughts and flooding will probably change the quality of living and economic growth prospects of a large number of locations.”

The report added that the delegates at the upcoming COP26 conference will be heading to the city with the least to fear from climate change.

“Companies can’t simply move to Europe: they need to consider factors such as the labour market, security, the human rights situation and government support to name just a few,” said Nichols. “But operators needing to stay close to regional markets and suppliers do have options.”

The report warned Jakarta, is also plagued with dire air pollution, compounded by the perennial threats from seismic activity and flooding. It is also subsiding at such a rate that Indonesia’s president, Joko Widodo, is seeking to relocate the capital. A similar mix puts its Indonesian counterparts Surabaya and Bandung in 4th and 8th place respectively, while also contributing to Pakistan’s two most populous cities, Karachi (12th) and Lahore (15th), featuring in the top 20.