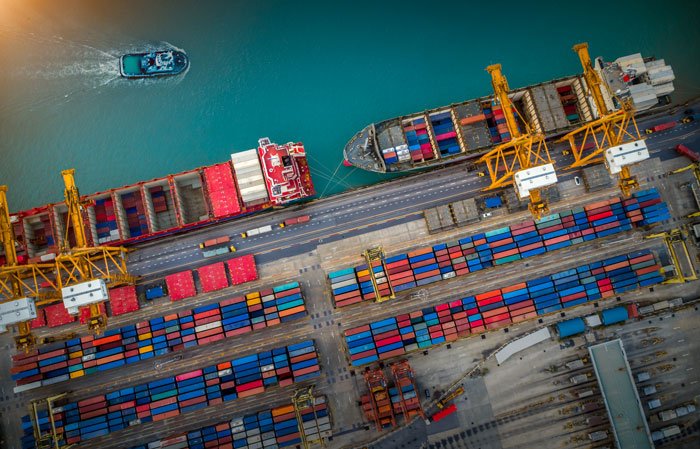 Marine underwriters have called for the lessons of the Tianjin and Beirut port disasters to be heeded as the growing aggregation of cargo risk and the safe storage of dangerous cargos becomes a real concern.

The international Union of Marine Insurance (IUMI) held its annual winter meeting of its executive board and high on the agenda was concerns around the ability to assess the aggregate cargo risks on vessels and in ports.

The Chair of the organisation’s cargo committee Isabelle Therrien warned that the events of last year had clearly highlighted the issues faced by cargo underwriters.

“Vessels carry more than 80% of the products that are moved globally so inevitably the pandemic had an impact on everyone involved in the global movement of products including cargo insurers,” she explained. “Since cargo wasn’t moving, we saw our assureds report reduced values shipped and saw increased values at locations.

Therefore, for a moment in time during the 2020 pandemic, when the world came to a halt, some cargo insurers had more static risk exposure than moving exposure. Thankfully, this was temporary, and available data now shows that, globally, average weekly port calls started to recover in Q3 of 2020.”

However, Ms Therrien warned the events of the year has thrown a spotlight on issues around cargo accumulation.

“This disruption in global shipping brings even more focus on the importance of risk accumulation on vessels, at ports and at static locations for marine insurers,” she said. “There are several tools available to monitor accumulation at static locations. However, where there is more uncertainty and less data available is for cargo that is moving on vessels and while cargo is at the port awaiting stowage on vessels.

“The Tianjin explosion in 2015 was a clear reminder of this reality. Now adding the 4 August 2020 blast at the port of Beirut reinforces that more work needs to be done on assessing values at terminals and port facilities. Equally, this unfortunate event that left 178 dead, 6,500 injured and critical infrastructures damaged, is a compelling argument to urge terminal operators to manage the storage of dangerous goods to include proper safety measures.

“Although this is very much a cargo insurance concern, we must not forget that there is a much more important human element to such casualties”.

Ms Therrien said the cargo market has also been impacted by the civil disorder that began in the US last year warning that it had prompted underwriters to look to their cover and exclusions.

“2020 was also the year where social justice movements reached a global audience and took centre stage,” she explained. “Events in several countries resulted in claims being submitted to marine insurers under the Strikes, Riot and Civil Commotion (SRCC) coverage afforded under marine policies as the civil unrest in part targeted urban retail locations.

“The increasing number of events globally is now forcing underwriters to rethink the scope of the coverage. We have to remember that SRCC coverage provides cover for loss or damage caused directly by strikers, locked-out workers, people involved in work-related unrest and riots of various kinds, or by a riot involving a large number of people whose collective action causes damage to people or property. In the context of a marine policy, this coverage was initially intended to address port operation strikes and riots type of events.

The year has also seen two major incidents in which thousands of containers have been lost overboard leading to a call for shipping firms to do more to secure their cargos.

“According to the World Shipping Council, an average of 1,382 containers were lost overboard on an annual basis between 2008 and 2019,” said Ms Therrien.  “As we speak, two and a half months into 2021, we have already lost almost double that amount. Between the One Apus and the Maersk Essen, a total of 1,816 and 750 containers were lost at sea during their respective voyages.

“These events perhaps highlight engineering complications when it comes to moving boxes on ships that are structurally larger than when containers were invented in 1957 and where weather patterns are constantly getting more aggressive.

“The recent events on both these voyages have also brought to light the lashing system on board. Containers are stacked on top of each other and secured to each other with twist locks at their four corners. Lashing rods and turnbuckles are then used to secure the containers to the deck of the vessel. Physical forces endured by the ship going through a storm at sea (for example yaw, pitch, rolling) are inevitably passed on to the container stacks and it creates an enormous momentum on these stacks sometimes resulting in containers overboard or container stack collapse. Cargo insurance underwriters have been and will continue to be impacted by these events and IUMI believes that although this is not a systemic threat, every container lost is one container too many.”

The year has also seen two major incidents in which thousands of containers have been lost overboard leading to a call for shipping firms to do more to secure their cargos.