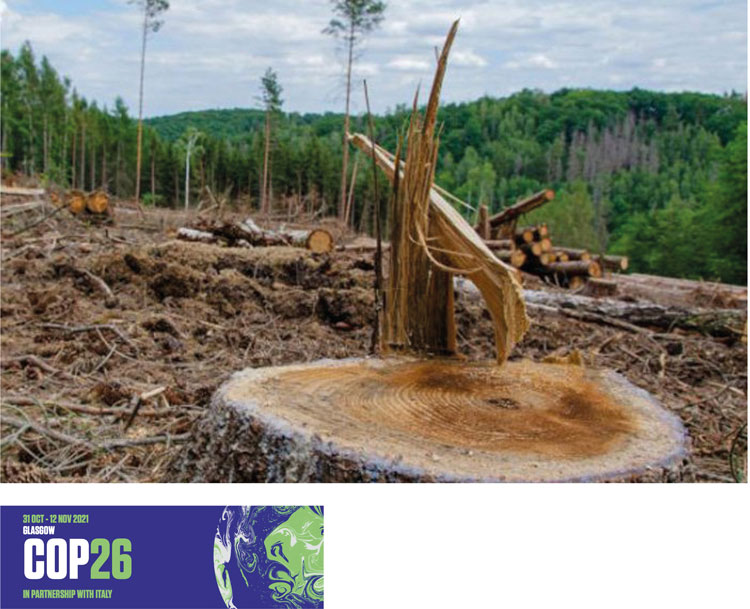 Greenpeace has said the agreement to halt world deforestation by 2030 is simply an open invitation for the continued destruction of the world’s trees for the next decade.

At COP26, over 100 countries announced they are to sign up to a deal which will see deforestation effectively end in 2030. The countries represent the nations with 85% of the world’s forests and has been hailed as a major breakthrough with Brazil one of the signatories.

However, Greenpeace have hit out at the deal describing it as “a green light for another decade of forest destruction”.

Speaking in Glasgow Greenpeace Brazil executive director Carolina Pasquali said: “There’s a very good reason [Brazil’s president] Jair Bolsonaro felt comfortable signing on to this new deal. It allows another decade of forest destruction and isn’t binding. Meanwhile the Amazon is already on the brink and can’t survive years more deforestation. Indigenous Peoples are calling for 80% of the Amazon to be protected by 2025, and they’re right, that’s what’s needed. The climate and the natural world can’t afford this deal.”

The ‘new’ deal in effect replaces the 2014 New York Declaration on Forests (although Brazil was not a signatory). The 2014 declaration included a commitment that governments halve forest loss by 2020 and support the corporate sector to end deforestation in supply chains by 2020.

The environmental group said despite the declaration the rate of natural forest loss has dramatically increased in recent years.

“The new announcements on supply chains appear to lack teeth and are unlikely to reverse the years of corporate failure on this issue,” it added. “Brazil’s greenhouse gas emissions increased by 9.5% in 2020, driven by Amazon destruction – the result of deliberate policy choices by the Bolsonaro government.

“Given his track record, Greenpeace is warning that there is little chance he would abide by this entirely voluntary agreement and instigate policies that would set Brazil on a path to meeting the new pledge. Indeed, he is currently trying to push through a legislative package that would accelerate forest loss.

“Another gaping hole in the package is the lack of action to reduce demand for industrial meat and dairy – an industry that is driving ecosystem destruction through livestock production and the use of soya for animal feed.”

The agreement also saw the announcement of additional funding for countries with significant forested areas – including in Brazil and the Congo basin.

Greenpeace UK head of forests Anna Jones said: “The sums being brought forward are a tiny fraction of what is required to protect nature globally. Given the history of many of these governments disrespecting or attacking Indigenous Rights and destroying forests, they have a long way to go to provide assurance that these funds won’t simply line the pockets of forest destroyers. Funds being committed by governments under the Global Forest Finance Pledge appear to be coming from their aid budgets, so it is unclear whether it’s actually new cash at all. And there are no guarantees that private sector donations won’t simply be used as offsets for direct emission reductions.”

A moratorium on new logging concessions was lifted by the Democratic Republic of the Congo (DRC) government in July, and campaigners are concerned that the offer of new money will not be contingent on the ban being reinstated.

A spokesperson for Greenpeace Africa said: “The lifting of the moratorium imperils an area of tropical forest the size of France, threatens indigenous and local communities and risks future outbreaks of zoonotic diseases that can cause pandemics. With so much at stake, any new money should only be offered to the DRC government if the ban on new logging concessions is restored.”