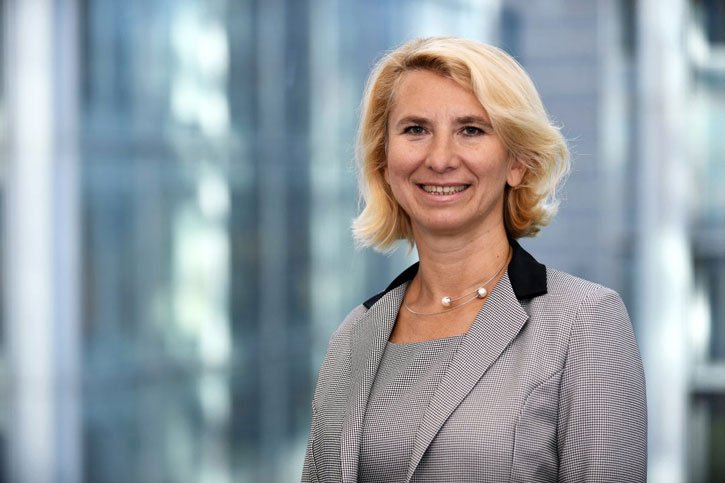 The chief economist of the European Bank for Reconstruction and Development (EBRD) has said the COVID pandemic has supercharged the move to a digital future but that future can be a double edged sword.

Beata Javorcik (above) made her comments in the EBRD’s latest Transition Report which is focused on the speed and impact of digitalisation on the nations in which the bank has an interest.

She said: “It is a well-documented fact that major upheavals such as pandemics, wars and natural disasters act as catalysts for system upgrades, momentous societal, political and technological changes. As the historian Yuval Noah Harari points out, such emergencies ‘fast-forward historical processes’. Digitalisation during the Covid-19 crisis is a case in point. In many countries, large parts of the economy, as well as schools and universities, went online in a matter of days.

“Decisions that could, in normal times, have taken years of deliberation were made and implemented with astonishing speed.”

“This gigantic natural experiment was made possible by, and, in turn, gave a massive additional boost to digital technologies,” added Javorcik. “The digitalisation process is destined to continue and will remain one of the key forces shaping developments around the world – including in the EBRD regions.”

“To give just one example, around 90 per cent of people in the United Kingdom purchased something online last year, compared with 61 per cent of people in Poland and only 30 per cent in Turkey,” Javorcik explained. “When asked about their reasons for not shopping online, people in central and south-eastern Europe and Turkey are more likely to cite a lack of skills than concerns about the security of online payments.

“Where digital infrastructure has improved in recent years, whether in the form of high-speed fibre internet or 4G mobile networks, it has lowered the cost of obtaining information and allowed small firms to find new customers. Indeed, such advances in infrastructure have boosted the exports of small manufacturers in Turkey and increased employment at small service sector firms in Russia.”

But such progress could also come at a cost to those businesses which it seeks to benefit added Javorcik: “However, digitalisation may be a double-edged sword: while it allows small firms to access customer markets outside the regions where the firms are located, it also brings competition from firms located further afield. This benefits customers and increases the market shares of more productive firms, while reducing the shares of lesser performers (or even forcing them to exit the market entirely).

“Structural changes brought about by digitalisation are already visible in many economies. In the last 10 years, the vast majority of the economies in the EBRD regions have seen employment in digital intensive sectors increase faster than employment in other sectors.

“In some cases, sectors with low digital intensity have seen no employment growth whatsoever or have even experienced declines. At the same time, in both advanced economies and the EBRD regions alike, around 40 per cent of all jobs may potentially be exposed to automation of some kind in the medium term.”

“Insufficient digital skills are hampering progress across all areas of digitalisation,” she said. “In many economies in the EBRD regions, this problem is being exacerbated by a significant ‘brain drain’, as people with strong digital skills are moving abroad. #

“Some divides within economies in terms of skills have been growing, with older individuals and those with lower levels of education and income increasingly falling behind.”

In western Europe, more than two-thirds of people between the ages of 55 and 74 bought something online in 2020, compared with less than a third in EU member states in the EBRD regions and around 15 per cent in the Western Balkans.

“The acceleration of the digitalisation process will make it very difficult for many older workers to remain employed, which will further jeopardise the sustainability of pension systems in countries that are already dealing with demographic transitions, significant outward migration and low labour force participation rates among older individuals,” Javorcik warned. “Financial services are another area where technological disruption has taken place. While alternative finance is still a relatively new concept in many economies in the EBRD regions, a number of countries (including Armenia, the Baltic states, Georgia and Moldova) are among global leaders in that field.

“However, progress has been concentrated in specific areas, such as peer-to-peer lending platforms, while equity based models (such as equity-based crowdfunding) have remained virtually non-existent.

“Thus, the advent of alternative finance has exacerbated emerging Europe’s heavy dependence on debt instruments and has not contributed to the much-needed rebalancing of financial systems.”

Despite the challenges Javorcik said the opportunities are clear, but challenges remain.

“The future is digital, and our task is to deliver the digital dividend as quickly and smoothly as possible, taking advantage of the opportunities that are on offer while facing up to the challenges that such rapid changes entail,” she concluded.

“In some cases, sectors with low digital intensity have seen no employment growth whatsoever or have even experienced declines. At the same time, in both advanced economies and the EBRD regions alike, around 40 per cent of all jobs may potentially be exposed to automation of some kind in the medium term.”