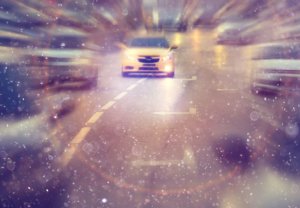 The majority of US commuters say they feel pressured to risk driving in freezing conditions by their employers.

Following last year’s brutal February snowstorms that blanketed the Northwest of the country, PEMCO Mutual Insurance undertook a survey of its policyholders It found many Northwest commuters still feel pressured to trek to the office in ice or snow, despite an increase in work from home (WFH) opportunities.

PEMCO first studied Washington and Oregon residents’ winter driving habits in 2015, and despite a massive uptick in WFH capabilities since then, the recent PEMCO Insurance Northwest poll finds that 62% of Northwest employees still feel pressured to drive into work on days when there is snow or ice on the road, compared to the 66% of residents who reported the same five years ago.

Interestingly, a study conducted by FlexJobs and Global Workplace Analytics also found that working remotely increased in the U.S. by 44% between 2012 and 2017.

“With more companies adopting flexible work schedules, it is surprising that many commuters still feel the need to brave unfavourable winter driving conditions,” said PEMCO spokesperson Derek Wing. “The Northwest has experienced staggering growth and change these past few years, but our neighbours’ perceptions that they’re expected at the workplace, and their tenacity to conquer whatever this region throws at them, is as strong as it was five years ago.”

Despite the pressure Northwest drivers have retained their confidence for driving in less-than-ideal situations. In line with the 2015 release, the most recent poll found about half of Washington and Oregon drivers think they are more skilful than other drivers (45% and 44%, respectively). Males tend to be most confident: 54% claim to be more skilful at snow and ice manoeuvres than other people on the road. In comparison, fewer than one in three (30%) females say the same.

Comfort levels behind the wheel remain steady, as well: 64% of Washington drivers and 56% in Oregon claim to be comfortable on the road in wintery conditions. And only 15% of Northwesterners overall say they are very uncomfortable driving in winter weather.

“Whether Northwest commuters feel pressured by a boss, or are truly comfortable with driving in the snow, we strongly advise all drivers to take precautions when venturing out,” added Mr Wing. “Most importantly, be prepared for whatever hazards you may face, and keep your vehicle stocked with blankets, water and a first-aid kit, just in case.”

SHARE:
Workers May Need to Take a Risk to Fill Future Pension Hole